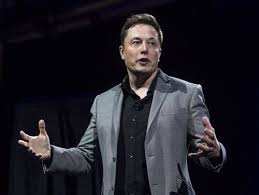 An anonymous buyer is reported to have spent up to 600 ETH to purchase a top-notch Bored Ape NFT collection.

The announcement was made on Twitter by an NFT collector going by the pseudonym Derek.eth. According to the NFT collector, the Bored Ape NFT piece was sold for 690.420 ETH. The amount was a reference to the often used meme numbers by Elon Musk on Twitter.

But the seller decided to lower the price of the NFT at the end to $590, which was meant to sell in no time. The NFT pieces were rumored to have sold for almost 600 ETH, with the buyer remaining anonymous at writing.

A Blockchain analyst, Colin Wu, made a hypothetical statement about the NFT piece by saying that the Bored Ape NFT with product number BAYC#1837 has been sold to another buyer, which Musk might use to purchase the piece behind the scenes.

Many other people, apart from Wu, have also stated that the buyer of the Bored Ape NFTs is Elon Musk, despite no direct links pointing to the involvement of Musk. Others opined that the NFT pieces were bought by proxy, making it challenging to say who the original owner is.

However, the only logical reason that renders the theory invalid is that Musk has a direct relationship with Twitter NFT profile pictures and the NFT industry. The Tesla CEO has previously called the attention of the Twitter team over the presence of large numbers of bots and scammers under every post on Twitter that has to do with cryptocurrencies and non-fungible tokens.

Vitalik Buterin, the co-founder of Dogecoin, has previously slammed Twitter management for its inability to act on and keep Twitter free from bots and scammers.

Buterin also lashed out at the new generation of developers who bid to promote their so-called meme cryptocurrency by spamming his Twitter feeds with unnecessary soliciting messages.

Any major corrections in the cryptocurrency market appear to exclude NFTs, as the recent massive outflows from the crypto market do not affect the NFT ecosystem much.

Interestingly, the top-level NFT collection floor price is still at the previous stage as recorded some months back, despite the recent market correction in the crypto industry as a whole. Some analysts give reasons for this by stating that NFTs, regarded as digital commodities that can be bought and sold, unlike cryptocurrencies, partly insulate them from fluctuating market situations. NFTs are digital products, not means of exchange like cryptos; they can be bought using digital tokens and do not store any value like digital currencies.

However, the NFT space experienced its most severe disruption to date that happens on the OpenSea platform where a hacker breached the security of the OpenSea marketplace to steal $3 million worth of NFT collectibles, including some Bored Ape Yacht Club NFTs and ended up selling them on OpenSea’s rival platform, LooksRare.