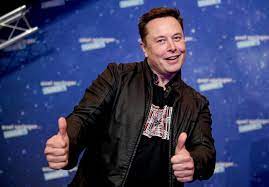 The CEO of Tesla, Elon Musk, has long been known for his numerous statements regarding the cryptocurrency industry. Many of his tweets are about marketing the meme cryptocurrency Dogecoin, no matter the venue or how he chooses to voice his support.

But a new tweet posted by the Tesla boss has left his rivals puzzled and confused as to what he means by his statements, which, from all indications, are meant to arouse their curiosity and also to ask questions about his decision.

More often than not, tweets made by Musk have shown how wild he is the majority of the time; people were not surprised by his statement because he is known to be a bit over-the-top when drilling his ideas to the world.

His recent tweets have made the cryptocurrency industry a bit surprised because they have no idea what he means by releasing his statements.

Somehow, the tweet by the billionaire is a message only he can decode because many commenters have tried to make sense of what the message is trying to convey. Musk is noted for his constant posts on Twitter that stir controversy within the crypto community.

The recent tweet posted by Musk depicts an alphabet that is not yet clear what it means or what the writer is trying to say, so this keeps many people guessing as to what it means by such an alphabet in a tweet.

The majority of the comments directed at the original post were questions from the fans of rival cryptocurrencies and businesses. Some comments ask if the alphabet represents their organization, with some applying laughing emojis to drive home the point because it is perceived as a joke post. However, other users ask whether the post is about a new cryptocurrency ready to be launched.

The recent tweet was not the first time that puzzled the cryptocurrency community. On January 15, 2022, Musk posted a Twitter emoji accompanied by a number that some commenters interpreted as the number of shares of his electric car company, Tesla.

The Plan to Expand DOGE Adoption

In December last year, Tesla’s boss announced the plan for his electric car manufacturing company to start accepting DOGE as payment for some of its merchandise to see how the payment process will be.

The next step was to reveal that two of his companies, SpaceX and Starlinks, may accept Dogecoin as payment in the future.

The billionaire’s influence on the meme cryptocurrency cannot be overemphasized. He is the driver of any updates regarding price speculation because his numerous tweets often trigger massive price speculation, leading to price volatility in the market. Such is Musk’s influence.

Interestingly, no single individual stakeholder in the cryptocurrency industry has done more than Musk. Through his actions and utterances, he made Dogecoin into what it is today, even if the meme coin is not the leading cryptocurrency on the market.

Axie Infinity’s $4B In NFT Sales Paper Over The Cracks In Its Performance
Ripple Vs. SEC: Elon Musk Dares SEC