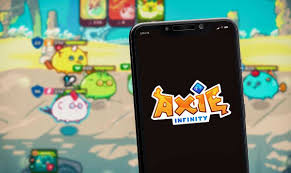 The emergence of digital currency has seen the introduction of blockchain-based games, taking the blockchain gaming industry by storm. Research shows that most cryptocurrency enthusiasts are keen on playing blockchain games.

The interest in the latest Axie Infinity game has been growing rapidly over the last couple of weeks. Its market valuation has surpassed $1 billion in market valuation, and it is a leading player in the world of play-to-earn gaming.

It has surpassed many expectations in the industry, with a growing list of players willing to take their chance with the game and a development team working hard to improve the existing gameplay, reward system, and some features.

The play-to-earn gaming platform has outperformed many, and it has reached an all-time high of 40 billion dollars in sales, and more is expected from the gaming platform.

Axie Infinity’s meteoric rise in value, among other things, is monumental, even though it is placed behind OpenSea’s and Looksrare’s NFT sales. Its combined sales value is almost twice that of CryptoPunks, which occupied second place in all-time NFT sales.

CryptoSlam believes that the many upgrades carried out by Marvis, the parent company of Axie Infinity, led to its remarkable market performance. It has enjoyed consistent growth, with players joining in record numbers. For example, in January alone, a total of 3 million players joined the platform.

A 24-hour report on NFT game sales shows that Axie has recorded $2.4 million in transactions from more than 38,000 buyers.

Additionally, according to Dune Analytics, 53,734 AXS token owners are active on the Axie network.

Despite the positive side of the milestone recorded by the Axie Infinity NFT sales, some underperformances are not revealed on the surface of all the positive reviews. The AXS may have appreciated significantly against the USD last year by 2,544%, but the AXS was unable to sustain the same performance as at the time of writing.

Moreover, AXS experienced another setback that fell by 12% and traded below the $49 resistance mark.

The recent market figures also presented the current price of the Axie Infinity token, at 32.93, which is about a 54% decline in value, which is not a pleasant experience for the AXS. Also, the weekly sales data revealed a downward trend of above 40%; it is ranked eighth in terms of a month’s NFT sales.

The overall Axie Infinity selling price is pegged at $198.77, and the gaming platform saw reduced trading activity, with active traders at 1,905,222. Compared to the last few weeks ‘ performances, there was a sharp decline in trading activity.

The Axie Infinity franchise appears to have started the year in a relatively declining state, but industry experts ask, can the AXS recover its lost value soon?