Elon Musk Hits Back At Charlie Munger’s Criticism Of Cryptocurrency 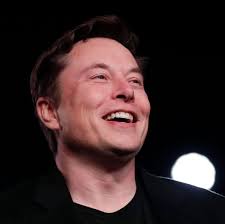 The Tesla CEO has chipped in to air his opinion amid the controversial comments attributed to Charlie Munger regarding his dislike of digital coins and the industry.

Elon Musk has addressed the scathing remarks about cryptocurrency made by the vice-chairman of Berkshire Hathaway, Charlie Munger, by sharing an exciting story about his previous business relationship with Munger back in 2009.

According to Musk, Munger was very dismissive of his (Musk’s) ideas when he presented them, to the amazement of others at the meeting. The billionaire also claimed that Munger told all who cared to listen that the company was set to fail from the onset. Musk admitted that Munger’s stinking comment makes him moody, but he still told Munger that his idea was worth the risk to make the proposed company (Tesla) a success, despite all the things stacking against it.

The perseverance and sheer will of Musk, as shown in the story, is an admirable trait that attracted a plethora of comments on Musk’s tweet. Most of the commenters are investment community members, including Billy Markus, Dogecoin’s co-founder, and Michael Saylor, CEO of MicroStrategy. However, most of the comments have a semblance of humor about the unpleasant encounter between Musk and Munger.

In contrast, others praise the billionaire for his brilliant response instead of the usual bland and sometimes unfriendly response seen in some replies.

Tesla And Berkshire Hathaway: The Comparison

According to available reports, Musk became more prosperous than the CEO of Berkshire Hathaway, Warren Buffett, back in 2020. And according to the latest Forbes most affluent men in the world in terms of net worth, Musk topped the chart with $300 billion.

Moreover, Musk was praised by Buffett for his trailblazing achievements, choosing not to be an investor in Tesla. Buffett’s decision not to invest in Tesla came after Musk asked Buffett to invest in Tesla stock to become richer than his present state, a rather humor-driven suggestion.

U.Today reported that Munger took a dig at Bitcoin and Tesla last year, comparing the two to a “louse and a flea.” Musk was not left out of Munger’s offense, as he was branded as too overconfident. According to Munger, people like Musk, who overestimate themselves, should not be underestimated because success comes from going the extra mile and doing unnecessary things.

U.Today reported that the renowned investor, Munger, has said cryptocurrency is akin to what is known as “venereal disease”, a biting remark that has the cryptocurrency community riled up and displeased. He also praised the Chinese government for its tough stance against the activities of cryptocurrency.

Munger also revealed that he is proud of himself for not having anything to do with cryptocurrency despite its mainstream adoption. But many crypto community members did not take his dig at the industry lightly by slamming him for being in touch with reality.

Buffett’s deputy also shared his concerns about raging inflation, seeing it as an impediment to democracy.

Price Review: Dogecoin Trading At A Middle Ground Above $0.128 Support Level
Here’s Why A Top Developer Wants To Leave Dogecoin