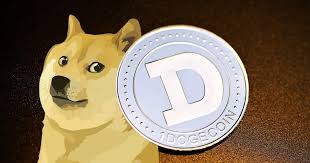 It is yet another milestone after milestone for the digital meme coin, as it announced that it had added more followers to its Twitter account. The official Twitter account of Dogecoin has reached 3 million followers, making it one of the most widely followed cryptocurrencies behind Bitcoin.

For lack of comparison, Shiba Inu, another meme coin, has 2.7 million followers on Twitter, which is way below Dogecoin.

Dogecoin’s Journey Into The Mainstream

For the past year, the Dogecoin community Twitter account has seen a rapid rise in followers, hitting a phenomenal 681% increase. Alternatively, its Reddit community also boasts 2.3 million subscribers, making it the most viewed and sought-after cryptocurrency on Reddit last year.

In the fourth quarter of last year, the popularity of Dogecoin soared mainly because of Elon Musk’s market-driven moves to promote the canine coin following his numerous tweets to businesses about accepting DOGE as payment for the purchase of their products. Notably among them is McDonald’s.

By the end of April 2021, the Twitter followers will have reached a million amid the retail-driven moves embarked upon by the Tesla CEO.

The remarkable upturn in the growth of Dogecoin was short-lived following a crash in the value of the meme coin the following month. The setback, however, did not have much impact on the performance of DOGE, which was up by a little more than 5,000%, performing better compared to top cryptocurrencies last year.

Dogecoin is currently down by 79.80%, a far cry from its peak. But despite the price drop, Dogecoin is still one of the most prominent digital coins in market share.

Aside from Elon Musk, the two co-founders behind the development and creation of the meme digital coons are Billy Markus and Jackson Palmer.

Co-founder Billy Markus uses the Twitter alias Shibetoshi Nakamoto, one of the most famous cryptocurrency founders in the industry. The software developer has also surpassed a million followers on Twitter. His Twitter account has been in constant interaction with the Tesla boss, which is one of the reasons why Markus wields a lot of influence in the industry.

On the other hand, Jackson Palmer is an Australian computer programmer who created the meme token along with Markus. Palmer has a handsome 41,600 followers on his Twitter handle. In a widely shared tweet, he criticized the cryptocurrency industry last year. He believes that the industry is controlled by influential individuals who are too preoccupied with what they stand to gain by being investors; they do not put in much effort to improve the industry. The above reasons make Palmer take a back seat in the scheme of things in the industry.

Musk, for his part, has been a great admirer of the meme cryptocurrency, which led him to use the coin to gain retail exposure from businesses coupled with his large following on Twitter. The billionaire, no doubt, has proven to the industry how crucial he is to the continued success of Dogecoin.