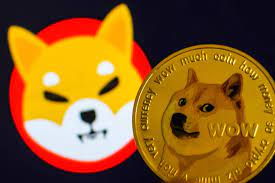 Many meme coin enthusiasts believe that the meme cryptocurrency is here to stay. It is here to outperform and dominate the industry. It is popular among individuals because they view it as the people’s coin.

The motivation is because it drives the narrative and plays a role in the performance of the meme coin, as seen by the recent individual interpretations of the two leading meme coins, Dogecoin and Shiba Inu.

This week, DOGE and SHIB are among the most significant performers in the cryptocurrency market, once again staking their claims by gaining their share of 20% market capitalization from tokens in the past 24 hours. The meme coins show that they are still one of the movers and shakers of the industry, notwithstanding their position in the top chart of digital currencies.

Going by market analysis of top performers, the SHIB is one of the most prominent performers, having gained almost 30% of the market share at that point before slightly falling in value and standing above the DOGE in the performance chart.

On the other hand, DOGE gained a 10% valuation on Monday before dropping out to trade at $0.12. As important as their performance is to the continued success of their platform, investors too are not left out of the new development because the value of the meme coins has allowed investors to take a plunge into assets that have high rewards. However, the high reward investment is also associated with increased risk and is too prone to rug pulling where such happenings are the order of the day.

In the market aggregation carried out by CoinMarketCap on Tuesday, Dogecoin was briefly listed among the top 10 cryptocurrencies in the crypto industry before DOGE was displaced by Polkdadot, whose trading price stands at $22.00 at the time of writing.

Both Shiba Inu and Dogecoin have come a long way since their creation, having had their share of success and failure.

Interestingly, both share the same logo, a special breed of dog, but both are not created in the same year or by the same individuals. Of the two, Dogecoin appears to have enjoyed relative success more than its counterpart, the Shiba Inu.

The relative success of Dogecoin is down to having a solid support system in the person of Elon Musk and a vibrant community willing to go the extra mile.

What is more critical is that the world’s most renowned meme coins are sticking it out with the big guns in the crypto industry, and their continued success is what every meme-theme coin lover is most concerned about achieving.