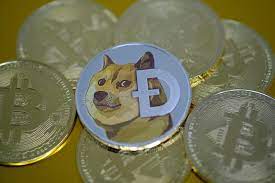 The first and most popular meme coin globally, Dogecoin has continued to reach milestones after milestones, with its name growing in leaps and bounds since its creation. The currency has started to get a place in other crypto technology as more blockchains are beginning to accommodate the world’s most renowned meme cryptocurrency in their networks.

Top blockchains in the industry have realized that big players should be accommodated in their networks. Other small players should be given a chance to stake their claims among the big guns to give room for competition and the success of the digital coin industry.

The data available for analysis shows that there are currently 4.8 million addresses belonging to Dogecoin, with almost 4.5 million of these addresses containing a balance of more than 0.01 DOGE. The data indicates that more than half of the token holders have a sizeable number of coins in their wallets, making it even more appealing to other non-performing holders who were uncertain about taking the plunge on a platform they had not used before.

As impressive as this performance is, consider that virtually 80,000 of the addresses performed transactions on the same day. The meme coin’s even more incredible achievement is that its strong community is making its way into the Binance blockchain platform. The Binance crypto trading platform, despite its popularity, has yet to attract the Dogecoin community. Still, all is set to change in the not too distant future as more and more meme coin holders start embracing it.

A tweet by WhaleStats, a crypto-related data firm, indicates that a smart chain token belonging to Binance backed by DOGE is currently holding more than 485,000 wallets, which is an impressive win for Dogecoin. However, there is a need for more Dogecoin holders to participate in fully performing transactions on the Binance platform.

Furthermore, industry experts believe that going by the recent trend in how the DOGE is traded and the readiness of some businesses to begin accepting it as payment for their services. The DOGE is expected to make more bullish moves that will continue to put it in the spotlight more often.

Nonetheless, the meme crypto coin’s immediate attention to gaining among other digital coin holders is an achievement worth celebrating. Going by how volatile the market is and how reluctant investors are toward trading on different platforms, the action of the DOGE holders shows some promise for the future of the meme coin.

Meeting and surpassing some expectations among observers and the interest it continues to generate, the Dogecoin is forecasted to occur among the cryptocurrencies in the industry and stake its claim as a force to reckon with, not just a meme coin for jokes.