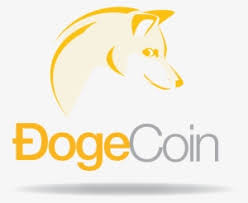 In his address via his Twitter account to the Doge community, Billy Markus advises fans to shift their attention from boastings that are hard to sustain to all crypto-related discussions, particularly the meme coin. He wants fans to cease looking at too much publicity to make a statement about the currency. The token needs to succeed with its holders’ total support and cooperation. In the absence of their contributions, making a statement about the meme cryptocurrency in the industry might be difficult to attain.

Furthermore, intense attention to price is detrimental to its continued growth and acceptance, considering the competitive market present in the digital coin industry, where every player, big or small, is trying to outdo one another. The sector’s success is not achievable using hype; it is achieved with its members’ determination, support, and cooperation to attain enviable heights. Emotion without substance results in negative promotion, and the crypto industry can do well to stop widespread speculation.

He advises investors to turn their attention from speculating about prices to playing their parts in helping to build and upgrade the current operations in the crypto market to attain their future set goals. He made this statement just days after the meme cryptocurrency fell below 80%, falling from its all-time high in 2021.

To Markus, making something as simple as a joke about their precious coin is a great effort from the community toward the success of Dogecoin. He further emphasized the need to promote the currency and bring more awareness to others about the coin’s potential instead of getting too engrossed in price and how to maximize investment capital.

Reacting to what he termed as undue sensationalism about the crypto coin, Billy urges the strong community of the digital currency to, as a matter of necessity, desist from too much argument. As such, it often leads to price uncertainty, as can be seen by the recent crash in its value.

The developer who developed the software for the popular cryptocurrency states that unfriendly remarks will negatively impact the image of the brand, slowing its acceptance. Therefore, he encourages the users to use the coin to have fun without going overboard with their emotions and feeling entitled to make huge returns. Moreover, he believes his creation was made for fun and not just for transaction use alone.

It is well known that Dogecoin was mined in 2013 using another crypto blockchain belonging to Litecoin, became popular last year, enjoying widespread acceptance from virtually all quarters, and keeps growing every passing day.

When writing this report, Tesla accepted the meme token as payment for some of its products. People with a Dogecoin wallet can now use their token whenever they want to make some purchases from Tesla. More such acceptance is expected to come the way of the meme token holders.

Charles Lee, the Litecoin founder, in his remarks on the growing influence of the digital meme coin, has commended Dogecoin for its crucial role in promoting cryptocurrency for mainstream transactions.