Can Dogecoin Regain Its Bark Amid Praise From Litecoin Founder? 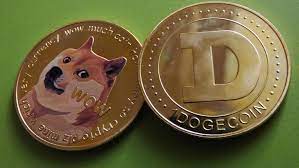 Dogecoin is in the news again as it continues to defy any speculative remarks about its ability to compete with the players in the digital coin space. The token, which initially began as a meme, has enjoyed a quick rise in popularity, making it look like a stake among the top cryptocurrencies by market valuation.

The previous year saw the coin make two bullish moves to prove its competitive edge in the industry.

The first step in a series of moves by Dogecoin has been the inclusion of the coin in the trading platform of the popular online crypto trading wallet, Robinhood. The next step was the extensive show of support by the Tesla CEO, Elon Musk, who leveraged his popularity by engaging with businesses using his official Twitter account.

His charming personality profoundly impacted the coin’s potential to surpass its competitors. His support, however, didn’t escape the attention of Charlie Lee, who heaped praise on the billionaire following his intelligent strategy.

Dogecoin has been commended for ensuring cryptocurrency’s entrance into the mainstream sector. The Litecoin founder believes that it is quite difficult to downplay the meme coin’s contribution by involving the mainstream in the growth of the digital currency.

Lee believes that the series of smart moves by the coin will ensure the acceptance of its token in virtually all spheres of business and transactions. Due to its popularity, cryptocurrency has become more appealing to new individuals and companies who would otherwise have no transaction history with digital tokens.

Going by the role played by Musk and the Dogecoin community toward the coin’s success, the much-awaited reward for such contributions is highly anticipated, said Lee.

In a tweet about digital properties, the Tesla CEO has previously been mentioned numerous times. However, his car company has since started accepting DOGE in exchange for some products.

The Value Of Meme Coins Has Dropped

In January, the price of DOGE plunged by at least 35% after experiencing a free fall in value below the December 4 valuation capped at $0.128. Following the price slump, the token appreciated by $0.14 across the board if demand is factored into the analysis.

The token is still far from gaining momentum, but it is expected to push further for a couple of days to reach the $0.16 mark for the first 50 days. Moreover, it can attain a $0.194 market value in the next couple of days if the prediction becomes accurate.

Notwithstanding, investors who traded when the value was high haven’t had it going well for them toward the end of the previous year, profit-wise. Industry insiders churned out data showing the valuation of the meme token declined by 80%. That is to say, after the boom in value in the market, the coin experienced some problems, which is understandable.

However, despite some disappointment, Dogecoin still maintained a capitalization of over $17 billion, taking a 1% share of the industry.