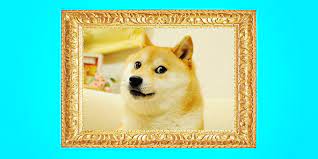 Three DOGE NFTs from the account of the Dogecoin co-founder have been sent to OpenSea in a bid to sell the collections and boost the perception of the meme coin on the now popular NFT network. OpenSea is the first and most popular NFT marketplace where everything NFT is traded. Art, gaming equipment, music, and other collectibles are bought and sold on the NFT trading platform.

On his Twitter handle, Billy Markus made a statement to inform the DOGE community that he has sent the final three of his cherished DOGE NFT to the popular NFT trading platform, OpenSea. Meanwhile, another big player in the digital currency space, GameStop, has revealed its ongoing plan to create another competitor to the popular NFT trading platform.

The page on the site of OpenSea has displayed an address as shared by Markus in his recent tweet. According to the image shared by Markus, the “Dreaming DOGE” has a total of eight NFTs which are to be released one after the other in 88 editions.

As it is, the remaining three non-fungible DOGE tokens were sent to the marketplace to be sold at a starting price of 0.088 ETH apiece. Images released by Markus show 8 of each type of token within a total of 88 positions in his collection. He described the NFT art as a small token of having big dreams.

GameStop To Go Head To Head With OpenSea

Video game hardware maker and seller of new and used software, GameStop, has intended to launch its version of the NFT trading place to rival OpenSea. It is partnering with an Australian-based firm, Immutable. GameStop proposes setting up a $100 million NFT related fund to kickstart its journey into the NFT market.

Furthermore, GameStop is looking to use its partner’s platform to launch its own NFT trading place using Ethereum in the last weeks of 2022. Immutable is to pay GameStop a huge amount of its IMX tokens worth $150 million as part of the deal.

GameStop, however, has been preparing early for this move by seeking cryptocurrency experts and NFT in the first week of November 2021. It is worth mentioning that the company has been strategizing and planning to go into the NFT for quite some time now if the above moves are to be believed.

More entry into the NFT is expected from leading players in cryptocurrency. While some of them may have keyed into the prospects of NFT earlier, others have since begun to feel that not partaking in the future of digital trading might come at a cost to them.

The Dogecoin co-founder leaves no stone unturned to see what the future holds for the meme coin. He has done just what is expected of any daring owner to do by walking the talk and making sure that every move taken and any success achieved is due to the support of the Doge community.