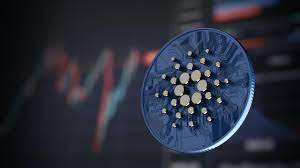 Hodlers in the Cardano network, who own a large part of the ADA tokens, have reported that the token balance in their portfolio has risen to more than 10 Billion, the highest mark since the previous one in 2019.

According to the analytics report released by IntoTheBlock, the ADA balance in the Cardano network has surpassed its previous high by 10 billion. Cardano also experienced a sudden surge in value last year after ADA rose to an all-time high by reaching $3.10 in price the same year.

However, the same can’t be said for Cardano at the moment as its once-rising value has fallen significantly since its last achievement as it has lost more than 50% of its value and is struggling to stop the downward trend.

The interesting thing is that, regardless of the price-performance, the Cardano hodlers are still buoyant enough due to the rise in their assets. Their ADA Babalanceas multiplied more than the previous high.

According to U.Today, the price of Cardano spiked by up to 10%, bouncing back along with other cryptocurrencies in the market. Price appreciation is a positive market recovery that may signal bullish market activity for the token, as traders hope. Prices may fluctuate during transactions, but analysts keep their fingers crossed for any possible surprise.

A leading cryptocurrency exchange platform, Bitrue, has announced the inclusion of ADA among the base currencies in its platform. The move has provided ADA with yet another exposure in the crypto exchange platform to make it available for transactions.

According to Bitrue, effective 24 February, ADA will be made available as a base currency for conversion into RSR, GAS, SNT, and other popular assets in the Bitrue exchange. ADA would be allowed to make conversions with some of the most sought-after assets on the platform.

According to the on-chain analytics firm, Santiment, the ADA token is likely to receive a positive signal for its price in the coming days. But it is quick to add that the funding rate for ADA on the Binance exchange platform is negative at the moment.

Santiment also added that the latest dip occurred due to the high ratio of shots on the Binance exchange, a change that takes place when ADA reaches its record of $3.10.

The firm also added that the negative funding rate, as seen, is a clue that prices are expected to fall. Santiment noted that it is still a positive sign for improvement. The explanation is that any little liquidation then causes prices to skyrocket.

The negative funding rate is a positive affirmation of the possibility of having an upturn in market performances in the future.