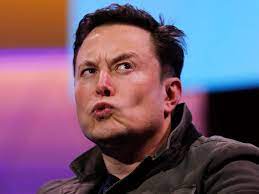 The fashion sense of Ethereum’s founder, Vitalik Buterin, was at the centre of a joke posted by Elon Musk on Twitter as he staged a humorous comparison of Web3 and Ethereum.

In his typical way of doing things, Musk took to his Twitter handle to post a hilarious meme depicting the evolution of Web3 using the fashion style of Ethereum’s Buterin to drive his point home.

According to the hilarious meme posted by Musk, the Web1 is followed by the pictures of Google co-founders Larry Page and Sergey Brin as the poster boys of the early days of the internet.

Web2 occupies the second position. The second evolution stage of the internet is named after the Silicon Valley giant in the early 2000s, Tim O’Reilly. This second internet evolution stage, as posted by Musk, depicts the renowned actor, Jesse Eisenberg, who took the place of Mark Zuckerberg in the Oscar-winning movie, “Social Network.”

The last picture shows Ethereum’s Buterin as the Web3, the embodiment of the next internet revolution technology taking shape via blockchain technology. Buterin was seen wearing a bear-custom dress similar to how he dressed when he attended the Ethereum conference held in Denver, Colorado.

The creator of Ethereum is known to have a distinct fashion sense unique to him, and this generated hilarious comments on social media whenever he was pictured in his signature dress. Some use his bear-custom dress as a joke and even say it points to the beginning of another bear market trend.

Buterin was quoted as having said that another crypto winter would be of immense benefit to the industry during the previous market slump.

Another interesting thing about Buterin’s dressing is that he once wore Shiba Inu-themed pants, making the community of the second-largest meme cryptocurrency excited.

However, the message Musk intended to pass along with his recent tweet is still unclear to even his Twitter followers, but this does not stop many commenters from retweeting the funny meme posted by Musk.

The Attraction Of The Web3

Since the emergence of Web3 in the internet revolution, a handful of companies have joined the breezy trend, with many planning to follow suit.

Musk, for his part, was not impressed. He was critical of the trending words being overused in the tech space. According to him, Web3 is more about marketing than reality; it lacks substance. The Tesla boss also took to his Twitter handle to mock the technology, using disrespectful words to describe the Web3.

Today, U.Today reported the Silicon Valley oracle O’Reilly remarked that the real Web3 project would only emerge after the cryptocurrency industry has undergone another major crash.

Despite Musk’s attempt at cracking a joke with the Web3, the internet has evolved into an important part of doing things, businesses, and even relationships. The coming of Web3 is considered the stage where blockchain technology will be critical for more than just the cryptocurrency industry.