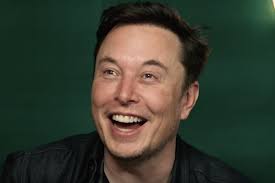 The Tesla boss used the opportunity at the party to poke fun at those opposed to cryptocurrency and its critics.

Many important and influential people attended Kanye West’s Donda listening party in Miami on February 22, and the billionaire was spotted dressed in a jacket and a shirt with the inscription “crypto,” apparently targeted at critics of digital currencies.

The actions of Musk are well-publicized antics of his to get to the critics who are known to oppose the use of cryptocurrency and its circulation.

Musk Not Betting Against Crypto

The Tesla boss was seen on camera whispering that he would not bet the farm on crypto during the party. What, however, triggered the statement from Musk is not yet known.

The Independent, one of the leading news agencies globally, has been reporting on the friendship between Kanye West and Elon Musk for a while now.

Does Musk Still Own Bitcoin, Ethereum, and DOGE?

Musk had previously tweeted in October last year that he still owns some percentage of Bitcoin, Ethereum, and DOGE, urging people not to stake all their funds in cryptocurrency and that the surest way to get true value for money is through building products and rendering services to others, not by having a diverse digital currency portfolio. More than having many for-profit cryptos, value is gotten from service delivery and creativity.

Despite being a Dogecoin supporter, Musk has no reason not to have a stake in other cryptocurrencies because he is first and foremost an investor. But the DOGE seems to have occupied a place in the heart of the billionaire going by the open support he usually shows for the meme cryptocurrency.

In one of his numerous tweets, Musk made a case for Dogecoin by reaching out to McDonald’s about accepting DOGE as payment. Still, the fast-food giant has none of it, instead requesting Grimacecoin be accepted by Tesla.

Contrary to popular belief that Tesla no longer has the BTC Stash it previously purchased, the electric car maker has debunked the claim that it has sold out its Bitcoin tokens. In the early days of February 2021, Tesla bought a huge amount of BTC worth $1.5 billion in the early days of the original Bitcoin when it was looking to partner with Bitcoin and start accepting payments in BTC. After Tesla discovered that Bitcoin mining is not environmentally friendly, the deal fell through.

Had the deal been a success, it could have signaled a remarkable win for Bitcoin as the world’s leading cryptocurrency and made it consolidate further its position in the market.

However, the electric car maker sold out 10% of its Bitcoin stash in the hope of examining the BTC’s liquidity. Since then, no single Satoshi has been sold by Tesla as it still values keeping a portfolio of BTC.

Web3 And Ethereum At The Receiving End Of Elon Musk’s Hilarious Meme
Dogecoin’s Recovery: Is The Downtrend About To End?