Dogecoin’s Recovery: Is The Downtrend About To End? 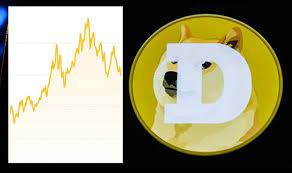 Last year was the year of the DOGE, the year that the first meme cryptocurrency defied the odds and achieved a landmark milestone that surprised many in the industry since its creation in 2013.

Afterward, it has experienced both the good and bad of the market, with occasional ups and downs, but still managed to find its way among the top-performing cryptos.

Software developers Billy Markus and Jackson Palmer created the Dogecoin digital currency as a joke against the leading cryptocurrency, Bitcoin. But since then, it has brought handsome rewards to its investors, who put in considerable funds as an investment in the meme cryptocurrency.

Like other decentralized digital currencies like Bitcoin and Ethereum, Dogecoin is run on Blockchain technology with a water-tight ledger that secures the transactions and tokens of its wallet holders. Many businesses have started using it as payment for their services, and more are expected to join the existing ones.

However, unlike Bitcoin, DOGE is not used as a medium for storing value due to the absence of a robust market capitalization, making it prone to price speculation.

The Tesla CEO, Elon Musk, is the biggest supporter of the meme coin, and he went as far as describing it as the people’s currency. His constant remarks more often push the value of the Dogecoin up, hence its popularity.

To encourage the acceptance of Dogecoin for payment, the billionaire has already approved the use of DOGE for payment for some of Tesla’s merch, and more of his franchises are expected to follow suit in the nearest future.

When writing, the meme cryptocurrency is trading at $0.123, pointing to a bearish trend with an occasional upward and downward price movement. The overall activity points to a loss of market momentum for Dogecoin at the moment, which is not a great time to invest.

The MACD indicator appears bearish on the daily performance chart; the relative strength index (RSI) measures the market momentum points to an oversold zone that ticked the 30 mark. The market scare resulting from the escalation of conflict between Russia and Ukraine led to the shifting of the candlestick to the lower part of the chart. However, there appears to be a slight recovery for the price appreciation.

Digital currencies like DOGE are driven by speculation. The mere tweet about it from Elon Musk would have the community scrambling and the market becoming a beehive of activity.

Notwithstanding, the fundamentals of transactions are lacking in the Dogecoin, and any prediction about its prospects can best be described as doubtful. But many individuals invest in the meme coin as a short-term investment to leverage any recent speculation that emerges.