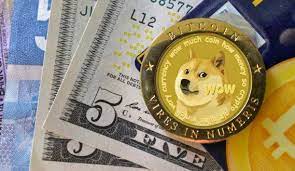 Another week, another story for the cryptocurrency enthusiast as the rate of accepted payment in digital currencies is increasing day by day. Any news involving cryptocurrency transactions between individuals and organizations is a win for the industry.

An American TV streaming company, Sling TV, has announced its readiness to begin accepting Dogecoin for payment from its customers via the payment processing platform, BitPay.

The virtual TV company has now made a provision for its subscribers who can use Dogecoin to pay for their preferred service using the BitPay payment gateway.

Additionally, the 25 million-plus Sling TV subscribers can use the BitPay platform to access cryptocurrency payments for tokens like Dogecoin, Bitcoin, Shiba Inu, etc.

BitPay is one of the largest blockchain payment companies globally, offering more than 90 cryptocurrency wallets within its service.

Additionally, BitPay was the first payment processing service provider that handled 14.5 Bitcoin tokens donated to the University of Puget Sound in 2014. Since then, it has handled and processed thousands of transactions involving a variety of digital tokens for individuals and companies.

The move by Sling TV to incorporate cryptocurrency among its payment options is to give others the option to subscribe to its service. More importantly, digital currency is becoming mainstream in the financial sector, so allowing for multiple payment options makes good business sense.

The Tesla boss has, over the weekend, revealed that, in the not distant future, charging stations belonging to Tesla would be ready to start accepting payment in Dogecoin.

Musk made the statement on his Twitter account when replying to a tweet from one of Tesla’s staff, Ryan Zohoury, who tagged the Tesla CEO in a post displaying the opening of new Tesla charging sites in Santa Monica, California.

Musk also revealed plans by Tesla to build a futuristic drive-in theatre in the Hollywood district in California, where the center will accept payment in DOGE to attract more interested individuals.

The co-founder of Dogecoin, Billy Markus, had earlier in the week pressed the management of social media giant Twitter to add the DOGE tipping feature to its available cryptocurrency tipping point on its platform.

According to U.Today, Twitter earlier added Bitcoin and Ethereum to enable users to tip their preferred content creators on the site. The move by Markus is aimed at making a case for Dogecoin being added to the Twitter platform.

Markus also created a hashtag and encouraged members of the Doge community to use the hashtag, retweet, and show their support until the Twitter team granted their request.

Even though many other companies are not ready to start accepting cryptocurrencies for payments in exchange for your services. The Dogecoin community is adamant that come what may, they will strive to make it happen in such a way that all the cryptocurrency tokens can learn from your struggles and also support the move to make cryptocurrencies a feature in mainstream financial transactions.