Top U.K. Law Firm To Accept Dogecoin And Other Cryptocurrencies 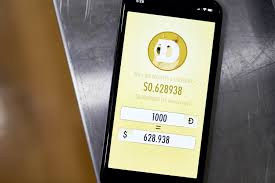 Accepting cryptocurrencies for payment is increasingly becoming a mainstay in mainstream financial transactions as a record number of organizations and businesses are now embracing the use of digital currency.

A top law firm based in the United Kingdom, Gunnercooke, has revealed it will accept payment in Dogecoin and other cryptocurrencies for its legal services, making it the first law firm in the U.K. to start transacting with cryptocurrency.

A crypto exchange service provider in the U.K., Coinpass, has partnered with the  law firm to ensure that each of its transactions in cryptocurrency is possible without drawbacks.

The law firm recently received its legal consultancy fee in ETH via a new payment platform known as Attestant.

There has been widespread support for offering payment in cryptocurrencies in the United Kingdom for some time now. Last year, Coinpass made public its support for Dogecoin and other cryptocurrencies on its platform to facilitate smooth and rapid payment for services across the board.

Furthermore, the number of businesses accepting cryptocurrency as payment keeps rising day by day. Not much difference is given other than that only the top-performing cryptocurrencies are listed on the payments platform because only the leading ones can guarantee topnotch security for their wallet holders.

Recently, a streaming TV service provider in the United States, Sling TV, announced its readiness to accept DOGE as payment from its subscribers for TV services. Additionally, the CEO of Tesla also revealed that Tesla charging stations would soon begin accepting Dogecoin as payment in the future.

A private university based in Illinois, United States, Quincy University also provides the means to donate in cryptocurrency. It has begun accepting donations in Dogecoin, Bitcoin, Ethereum, and a host of others.

Going by how businesses have now started embracing the concept of digital currency and how widespread the use of cryptocurrency is, it is not surprising to see many decision-makers in some states and countries making plans to see how financial institutions will adopt blockchain technology to facilitate transactions and incorporate it into the mainstream financial sector.

Again, the adoption of cryptocurrency is also something worth considering. Many countries have laws and regulations to ensure that cryptocurrencies can be used as legal tender for some specific transactions. For example, the Central American nation of El Salvador has initiated sweeping reforms that have seen the government adopt Bitcoin as a legal means of payment.

The government has also been increasing digital currency that has experienced a slump in price to beef up its cryptocurrency reserves.

That said, it is only a matter of time before people will have all the options to use cryptocurrency wherever they are for their transactions.