Cardano To Benefit From New Features With The Latest Daedalus Wallet 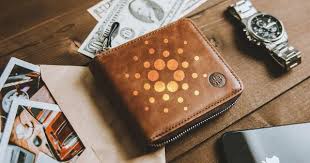 In an apparent move to strengthen and improve the Cardano blockchain network, the development of Cardano has announced the release of the Daedalus Wallet. The latest version of the wallet comes with exceptional upgrades designed to tackle recurring problems like the blockchain verification process.

ADA has witnessed immense growth after the launch of the latest version of the Daedalus wallet, with its current market capitalization standing at $37.8 billion. The new update has got the community excited and yearning to see where it would lead Cardano in the future; the latest upgrade will lead to a more advanced improvement in the blockchain network.

The development team works on improving the Daedalus, which results in a more secure wallet for the Cardano blockchain. In addition, no such improvement has ever generated so much excitement and optimism before in the Cardano community.

The Input-Output Hong Kong (IOHK) development team is credited with designing and developing the new Daedalus 4.8.0 to complement the latest Open-Source wallet. The update was a live broadcast that aired on February 3, showing the integration of the Cardano node version 1.33.0.

Furthermore, the update has addressed the complex issue of blockchain verification progress, which has received many complaints from users. The update brings significant fixes and improvements to the user interface, making for a user-friendly experience.

Likewise, the splash screen has also been worked on to enable users to add configuration to the runtime system in the Cardano node. The runtime feature is only designed for computers with low memory capacity.

Following the release of the new version, the developers have insisted that the Daedalus as a full-node wallet is available only on desktops. As a matter of caution, should users come across a mobile Daedalus, they are required to regard it as a scam designed to steal their tokens. For added security, users should only download the wallet from official sources.

As interesting as it is, the recently announced upgrade has had a positive impact on the market value of ADA, which has seen it jump by 6.25%, with the total transaction moving in an upward trend, keeping it above rival Solana. The Daedalus wallet has become popular following the launch of the node wallet, which comes with the entire updated Cardano Blockchain features.

The blockchain will undoubtedly have a fair market value in 2021, which lands it on the third row of the chart in terms of market capitalization. However, the promising run was brief; Cardano’s fall from the top was highly influenced by the improved performance of other blockchains like the Binance Smart Chain and the rise of other coins like the USD Tether coin.

The perfect execution of the upgrades paved the way for smart contracts to function effectively on the Cardano network. The energy optimization of the blockchain made for a widely accepted advertisement for Cardano, resonating well with the environmental activists’ community.