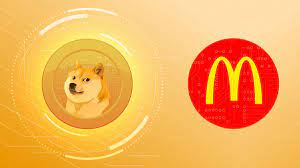 The Dogecoin co-founder has laid the continuous rumors about McDonald’s’ acceptance of DOGE to rest by insisting that the widely publicized news is baseless with no fact to back it up.

A software developer who co-founded the meme coin, Billy Markus, has aired his views about what many people think will happen, calling it an unfounded rumor circulated by excited community members.

The co-founder took to his Twitter handle to share his thoughts, saying that he did not believe the ongoing speculation about McDonald’s planning to start accepting DOGE as payment in its numerous fast-food chains across the United States, calling the rumors “a silly one” despite Elon Musk’s tweet about it.

Markus’s tweet came after rumors were awakened and circulated about the plans by McDonald’s to begin using Dogecoin as payment for its services, saying that it is far from happening and that it is just a figment of imagination in the minds of people.

Markus further challenges anyone having the slightest hint about DOGE and McDonald’s following the tweet by Musk to pay attention to how they think and their sources of news carefully because no one can wake up in the morning and begin sharing unverified news without having to question their thought process.

But he was quick to point out that his response with an emoji to the initial tweet from Musk was “cool,” and it was based on nothing but fun from him.

On the 13th of February, U.Today reported that a tweet by Elon Musk caused Dogecoin to move up by 9% after he tweeted an emoji in response to McDonald’s Super Bowl ad. The response results in a speculative price rise of the DOGE, with traders taking it as a clue to an upcoming bullish move for the DOGE, thereby pushing the price of the DOGE by up to 9%.

Before this, Elon Musk used his Twitter handle to reveal that he would be glad to eat a Happy Meal on live TV should McDonald’s start accepting Dogecoin as payment for its fast food. In a reply to Musk, the fast-food giant wants Tesla to accept Grimacecoin for its product.

In typical cryptocurrency fashion, the response of McDonald’s led to the creation of another digital coin on the Binance Smart Chain with the same name.

Nonetheless, in contrast to McDonald’s, Tesla, an electric car maker, has begun using DOGE as payment for some of its merchandise. For his part, Musk revealed earlier today that his other companies, Starlink and SpaceX, might also start accepting DOGE as payment.