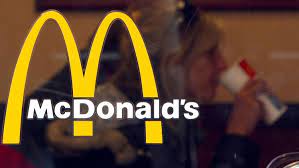 Following other service providers’ footsteps, McDonald’s is planning to be the latest entrant into the metaverse if the story of its numerous trademark applications is anything to consider.

The new trademark applications by the fast-food giant have revealed ongoing plans to key into the metaverse as part of its strategy to stay up to date with recent market and technology trends. The plan at present is sketchy, but remarks about the proposal to open a virtual restaurant offering real and virtual services with home delivery as part of its services are considered accurate.

According to reports, the largest restaurant chain in the world has tendered its application for its readiness to offer virtual services. The services will feature goods and beverages to be downloaded as media files containing non-fungible tokens, otherwise known as NFT.

The Chicago headquarters of McDonald’s is on the verge of floating a virtual restaurant to make it easier for the company to be part of the metaverse by offering exceptional restaurant services with real and virtual goods.

Additionally, the fast-food chain has made plans to organize events and host other entertainment like music concerts in the metaverse, as shown in one of the numerous trademark filings it submitted for approval.

Should the applications go through, McDonald’s will become the largest and perhaps the first top gun in the food industry to venture into an unknown territory known explicitly for art, music, and other collectibles.

McDonald’s strategy to achieve success in the metaverse is known only to the decision-makers. Still, going by its previous ventures in the business world, nothing can be said to be a stumbling block for the fast-food giant, not the NFTs, not the components of the metaverse, and not its rivals.

Elsewhere, U.Today reported the plans by billionaire Elon Musk to persuade McDonald’s into accepting his beloved meme token, Dogecoin, as payment for its fast food with a vow to eat its Happy Meal on a live TV broadcast. However, the fast-food giant throws the offer out the window by asking the Tesla boss to support the unapproved cryptocurrency, Grimacecoin, in return for his request.

Makers of sportswear, Adidas, and its competitor, Nike, also jumped on the bandwagon of one of the hottest tech projects by indicating their interest in participating in the metaverse. GAP, a clothing manufacturer, also launched its unique NFT items for the metaverse.

Meanwhile, Disney World is looking for an NFT expert in preparation for the journey of the entertainment industry into the metaverse, which is not surprising to many onlookers going by the entertainment company’s drive for dominance.

Following Facebook’s renaming to Meta in November last year, top industry experts believe that the potential of the metaverse could see it rise to $8 trillion. Still, they also warned of an impending obstacle to its acceptance.