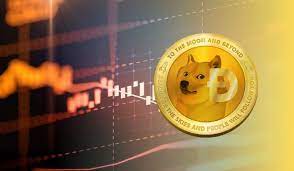 The occasional price instability in the cryptocurrency market has seen the digital meme token struggling to regain its previous value and make a strong comeback.

As per IntoTheBlock metrics about the current market performance of the world’s leading meme coin, the profitability of Dogecoin has not increased, but it has remained at a modest 50% to close the week.

The market correction may see Dogecoin attempt to pull itself out of the slump by making another bullish move in trading in the coming days, even though it has been under selling pressure for the past 24 hours.

Billy Markus, the co-founder of Dogecoin, noted that the meme cryptocurrency is still the same as it was previously. Despite its current downward trend, nothing has changed since its creation.

According to Markus, it is still the same satire created in response to Bitcoin as a meme with a little funny-looking yellow mascot of a dog, and the price changes would not affect its status. He also added that whether buyers choose to purchase it at a fraction of its price or are willing to price it at half a cent, it is still Dogecoin.

The CoinMarketCap released a metric showing how the entire market succumbed to general selling pressure on the 24th of February. Most altcoins were also not spared from the negative market performance by losing above 10% of their value.

On the part of Dogecoin, the meme coin’s price fluctuated by almost 17% to reach a low of $0.106 before slightly rebounding after a string of positive trading activities. The price dip did not change the profitability metrics of DOGE as it remains at 50%.

According to IntoTheBlock analysis, more than 50% of Dogecoin wallet holders are short-term investors, indicating where their focus is. Additionally, 45% of holders have held their tokens for more than twelve months, while nearly 6% have held them for about a month.

At the time of compiling this report, the price of Dogecoin was trading at $0.113 a token. It ranked as the 12th largest cryptocurrency in terms of market capitalization regardless of the downward spiral it experienced in value.

As per CoinMarketCap, regular price losses may cause some panic in the industry. Still, investors with portfolios in DOGE do have the confidence that an upturn in price is not far from Dogecoin because it has the robustness and flexibility to find its way out of any situation.

A new fast-food chain recently opened in Dubai, and the digital meme token inspired the restaurant, hence its DOGE-themed appearance. According to the Dogecoin co-founder, the restaurant outlet accepts DOGE as payment for burgers and beverages.

Another new business that recently adopted DOGE as payment is Sling TV, a dish-streaming TV service provided in the US. Subscribers on its platform can now pay for their TV subscription using DOGE via Bitpay.

SpaceX and Starlinks, two of Elon Musk’s companies, are also planning to adopt DOGE for payment in the future.