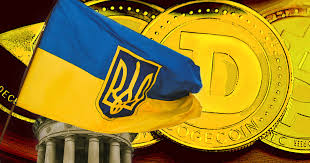 The rise of donations involving cryptocurrencies has increased as more individuals, organizations, and countries embrace the alternative means of accepting donations in digital currencies.

Amid the ongoing military offensive against Ukraine by the Russian Army, there has been a massive inflow of donations to the Ukrainian government. It seeks more funds from the international community to defend itself.

Since the war started, many nations and individuals have been donating to the Ukrainian Army in various cryptocurrencies to assist them in defending their country against the Russian invasion, and millions of crypto donations have been received so far.

Russia, for its part, is under heavy international sanctions, with the majority of countries and organizations slamming sanctions on the country’s businesses based abroad and directly targeting even private individuals’ firms that are allies of President Vladimir Putin. The Russian economy took a big hit and had been struggling since.

However, the international community continues to give Ukraine the support it needs by donating to the war-struck country. The Ukrainian government responded by issuing a wallet address for cryptocurrency donations. Due to this, the crypto market has reacted positively to the circulation of its tokens.

After Bitcoin And Ethereum, Dogecoin Joined The Fray

A recent announcement by the Ukrainian Vice President, Mykhailo Fedorov, mentioned that the country had approved donations in DOGE with the affirmation that even meme coins can now be part of the support to the Ukrainian National Army.

In the same tweet, Fedorov also made the wallet address for the DOGE donation available. Additionally, the President has previously solicited help from Elon Musk to support the cause after internet services were grounded due to constant bombing of the country’s infrastructure.

In response, Musk replied to the plea from the vice president by saying that Starlink satellite broadband service is already in Ukraine and more is on the way.

Some analysts opined that Ukraine has been trying to use the popularity of the Tesla billionaire to its advantage, hence its readiness to start accepting Dogecoin for donation. The move by the government may be effective, considering how influential Musk is to the growth of the first meme cryptocurrency.

Donations In Crypto Increasing In Ukraine

Ever since the government of Ukraine began accepting donations in digital currency last week by providing the wallet addresses of both Bitcoin and Ethereum, donations have spiked, with millions of people responding to the call for help.

According to experts’ estimates, the country has amassed over $20 million in ETH and BTC donations. The vast contributions indicate that people responded to the distress call for help toward the people of Ukraine to support them as they tried to liberate their country from the Russian invasion.

The overall impact of the donation on the cryptocurrency industry has seen a surge in positive price performance since the conflicts in Eastern Europe started. The biggest beneficiary here is Bitcoin, as it could pull itself out of the sub-$40,000 hole it was in previously.

BlockFi Launches Dogecoin Token On Its Platform With A Rocket Meme
Price Review: Dogecoin In Need Of Support As Price Sets To Revert Back To $0.132