Canadian-Based Health Foundation Accepting Donations In DOGE And Other Cryptos 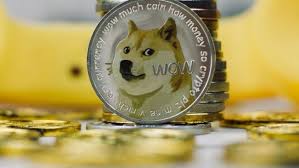 Donations in cryptocurrencies have attained a stage like never before, following its acceptance by the various organizations looking for funds to carry out a planned activity.

An Alberta-based foundation into charities, Glenrose Rehabilitation Hospital Foundation (GRHF), has announced that it has begun accepting donations in various digital currencies, including Dogecoin, Bitcoin, Shiba Inu, etc. The move would see the foundation get the funds to carry out its medical outreach.

According to a local news outlet based in Alberta, Canada, Global News, the new development occurred after the foundation partnered with a crypto organization concerning charities, The Giving Block – which will see the GRHF receive donations in cryptocurrencies from interested donors.

When received by the foundation, the funds are converted to fiat currencies for immediate disbursement to their intended destinations. According to the foundation, it has become necessary to adopt cryptocurrency donations due to the many digital coins holders in Alberta.

The president and CEO of the healthcare foundation, Mark Korthuis, stated that by accepting donations in digital currencies, the foundation is opening new ways to provide funding for innovative health technology that will make a remarkable difference in patients’ lives with chronic health challenges.

The foundation as a non-profit organization is yet to recover from the economic impact of the Coronavirus pandemic on its revenue generation streams and now view the alternative provided by the cryptocurrency as the solution to its revenue shortfall.

On the other hand, The Giving Block is a regulated charity organization in the digital currency industry with a well known regulated board that oversees its activities.

CryptoGlobe previously reported that a private-run university based in Illinois, Quincy University, has begun accepting donations in multiple cryptocurrencies. The university announced that the full value of the donations would be given to the school’s charity board and that they are tax-deductible.

There has been an increase in donations to organizations and charities using cryptocurrencies in the past few months. The largest charity grant organizer in the U.S, Fidelity Charitable, has seen the donations it received surge to more than 1,000% the previous year.

According to Fidelity Charitable, it has received $331 million in digital currency assets via donor funds, a huge rise from the $28 million it received throughout 2020.

Analysts argue that rising donations involving cryptocurrency may have to do with the early Dogecoin community, well known for its donation to a cause. In 2014, the community-made the headlines after it raised DOGEs worth more than $25,000 on the eve of the Winter Olympics in Sochi, Japan. The donation enabled the Jamaican national bobsleigh team to attend the sporting event due to a lack of funds.

Following the mainstreaming of cryptocurrency and its increasing utility in more than one way has even made some countries approve it as legal tender. It is expected that not too long, the use of digital currencies will spread just as it is with fiat currencies.