Assessing The Possibility Of Dogecoin Reaching $0.10 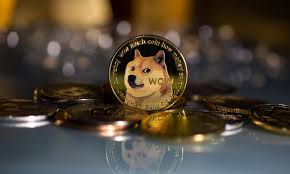 Last year was the best year in the history of Dogecoin; it is the perfect year for the meme cryptocurrency that has seen it surpass expectations in the industry.

What was created to serve as a joke toward the first digital currency in the world, Bitcoin, turned out to become a mainstream transaction asset that was widely accepted and adopted by many.

Dogecoin has since rise to become one of the top-performing cryptocurrencies globally, and it is also among the top ten most valuable digital coins in the world.

But recently, the hype surrounding the first meme currency has faded amid challenges to maintain its previous heights due to changing market prices and the general market correction the industry periodically undergoes.

The performance of Dogecoin has been apparent as it continues to lose its value for more than five months with occasional price appreciation and then back to another market correction. Another negative pointer to the performance of the first meme cryptocurrency is that it has failed to register a single rally since last May.

The $0.69 mark was the highest rally attained by The DOGE thus far; its value is currently hanging around the $0.10 and $0.12 price levels.

Currently, demand for Dogecoin has declined, and in the sphere of the macro level, the DOGE is consolidating slightly when the bulls are inactive. Moreover, the bulls are often the reason for price depreciation that more often negatively impacts the DOGE in terms of its value.

Data has shown that even slight marginal corrections are insignificant because they cannot be balanced by a recovery the meme coin did not have in abundance.

As at the time of writing, the meme currency seems to be moving closer to the next available support level each day. If the trend reversal does not move, the DOGE will further spiral downward. And the MACD is on the same lane with the trend reversal. But the ADX has not shown if the current trend is strong enough or not.

However, analysts believe that the investors do all they can to prevent further falls irrespective of the market situation.

Unlike their counterparts from Shiba Inu, investors in the DOGE are not only engaging in the Dogecoin network, but they have an increasing say in the affairs of the meme coin through their full participation. Even during stormy days, the investors are known to be active.

Previously, the meme token had an average of 60,000 addresses which rises to more than 144,000 addresses of investors. The involvement of investors in improving the market performance of the DOGE coupled with having a robust community is a key feature of Dogecoin’s relative success over the years.

DOGE wallet holders are holding as many coins as possible to prevent the price from falling further due to widespread dump. Investors are continually accumulating and hoping for recovery to make the best there is to take.

Dogecoin To Hit $0.16 This Year According To Experts
Canadian-Based Health Foundation Accepting Donations In DOGE And Other Cryptos