BlockFi Launches Dogecoin Token On Its Platform With A Rocket Meme 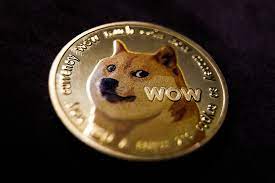 The past couple of days appears to bring positive news for the crypto industry as a whole, following the unprecedented market appreciation in the price of most digital currencies and the near absence of substantial market corrections.

It is now time for the community of the Doge Army to get excited and rejoice over the latest news coming from one of the biggest crypto exchange platforms in the industry, BlockFi.

BlockFi released a statement on its Twitter page announcing that users of the popular meme cryptocurrency are now allowed to perform transactions using Dogecoin on the platform. Hence, BlockFi management has appeared to listen to users’ requests by including DOGE in its platform.

According to the statement, demand for the addition of Dogecoin has been so massive that the BlockFi management can’t overlook it.

A rocket emoji accompanied the official release in commending the mission of the Doge Army and, by extension, Elon Musk, to take the popular meme to the moon. The reference to “the moon” is a salutation to the Doge community after the DOGE-theme moon adventure spearheaded by Musk.

The BlockFi team also revealed that it has previously received a lot of requests from individuals and groups about the availability of Dogecoin on its platform. Upon consideration, the team cited the meme token as one of the leading digital coins in market capitalization. So it makes sense to include the neglected segment of the crypto industry market.

As a result of the recent development, users on the BlockFi platform have instant access to Dogecoin for their transactions, which they could use to expand or diversify their digital currency portfolios.

Additionally, non-U.S. customers can earn interest on their DOGE assets. And to achieve claims on their assets, users are required to move their assets into the BlockFi Interest Account via the BlockFi International feature on the site. For a start, the exchange platform set the rate of DOGE at 2.0%.

The Dogecoin co-founder, Billy Markus, was also excited about the new development by expressing his joy about the continuous progress the meme token is recording.

To ward off any lingering worry or doubt on the minds of its users, BlockFi has assured that all assets are evaluated, and every transaction is done in a friendly and secured environment housing the BlockFi wallet. Moreover, the exchange company has pledged to keep on reviewing approved assets for U.S-based clients and will include additional holdings on its platform in the future.

As of the time of writing, the leading meme cryptocurrency has a market cap of more than $17 billion. With the ongoing price appreciation, it is expected that its value may spike to be more than it is currently.

BlockFi users can also use the enormous market cap of Dogecoin to give their wallet the market exposure it needs to generate more gains for them. The increased valuation in the market is a positive for the meme coin.