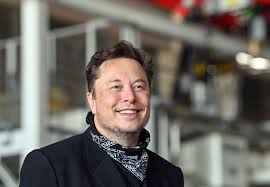 The CEO of Tesla, Elon Musk, has followed his previous call to McDonald’s about accepting payment in DOGE by releasing a hint to the DOGE community about the next action movie.

Elon Musk responded to a tweet posted by another Doge fan by saying that the DOGE army is relentless in their quest to see businesses adopt DOGE for payment. Most businesses are unfamiliar with cryptocurrencies, so they find it difficult to accept the digital meme token as payment.

The response by Musk showed just a single word – McDonald’s, which perhaps is referring to the previous tweets by users urging the fast-food giant to begin accepting Dogecoin as payment.

However, Musk was the first to initiate the conversation on Twitter after tweeting his readiness to eat the McDonald’s Happy Meal on a live TV broadcast. He wants the Fast-food behemoth to agree to his request about using the canine cryptocurrency as payment for its fast foods.

McDonald’s quickly responded by declining the proposal put forward by Musk instead of wanting Tesla to adopt Grimacecoin first. Despite the refusal of McDonald’s to agree to the demand of the Tesla boss.

A Twitter account reportedly belonging to the president of the United States, Joe Biden, announced the plans by Ford Motors to invest heavily in the manufacturing of electric cars and create multiple jobs across the country.

The tweet also revealed the biggest investment in history done by General Motors to start producing electric-powered vehicles and creating 4,000 jobs in Michigan.

In response to the tweet posted by Biden, Musk stated that Tesla has invested and is still investing more than the duo of Ford and General Motors combined. Tesla has created up to 50,000 jobs across the US in manufacturing electric cars.

However, some industry experts believe that Musk made that statement due to his ongoing case with the Securities and Exchange Commission, where the Judge declined Musk’s move to sue the SEC. The billionaire claimed that the SEC had divulged sensitive information relating to Tesla’s federal investigation to a third party.

Musk also alleged that the regulatory body regularly targets him and his electric car company with spurious allegations. The federal agency has failed to use the $40 million he paid as a fine regarding fraud allegations to settle the Tesla shareholders.

As revealed by U.Today, renowned entertainment company AMC has announced readiness to accept the meme cryptocurrency as payment in the AMC Theatres. AMC CEO Adams Aron revealed that all theatres would begin accepting both meme coins, DOGE and Shiba Inu, as payment in the coming days.

Aron also noted that as soon as the BitPay payment system is completely integrated into the platform of the company, payment in both meme currencies would be allowed by March 19.

The future appears bright for the first meme cryptocurrency to maintain its relative achievement.