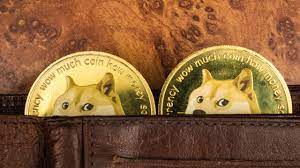 The growing list of influential personalities and fans of the first meme cryptocurrency is rising day by day as the community of the joke-themed digital currency continues to soar.

A renowned investor and owner of the Dallas-based NBA professional team, Mark Cuban, has openly made his intention about Dogecoin known to the public by expressing his support for the  meme cryptocurrency and his bullish optimism about the progress of the token.

The Dallas Mavericks owner made his statement at the end of an NBA match between his team and the Celtics, held on March 13.

A recent video showed Cuban expressing his support for DOGE, which was regarded as the first meme crypto created in response to the emergence of Bitcoin as a cryptocurrency in 2013.

Footage from the video showed someone among the crowd of spectators asking Cuban whether he had a stake in Shiba Inu. Shiba Inu is another canine-themed digital currency recently created to rival Dogecoin, and its community regards it as the “Dogecoin Killer.”

Cuban responded to the question by saying an emphatic “No” and shaking his head at the same time to drive home his point. He also stressed that Dogecoin is already a Dallas Mavericks favorite.

Cuban is noted to be one of the earliest investors in the DOGE token and has made this clear to the public. He is a long-time investor in the popular meme cryptocurrency with a significant portfolio.

Last year, the Dallas Mavericks owner’s great love for Dogecoin was demonstrated after Cuban approved the integration of the meme token as payment for season tickets and purchasing the team merchandise.

The professional basketball team partnered with the leading digital payment platform in the United States, Bitpay, to integrate DOGE into the payment system. Bitpay is the most sought-after crypto payment provider for businesses.

In an interview conducted in May 2021, Cuban revealed that he and his son owned about 3,250 DOGE tokens. He reportedly said that he receives a regular inflow of Dogecoin accrued from ticket sales and team merchandise purchased via crypto.

The DOGE and SHIB Rivalry

The remarks by Cuban about Dogecoin will, without doubt, appear unfriendly to the Shiba Inu community considering the fierce competition it has been in with DOGE since its emergence.

Dogecoin may be regarded as the first meme cryptocurrency to have surfaced in the crypto industry. Still, Shiba Inu has been striving to become the leading meme token, and it has significantly succeeded in taking some of the shine off Dogecoin for some time now.

By bringing on board new projects like play-to-earn games, NFTs, and others – Shiba Inu has been working on distinguishing itself from Dogecoin.

Is Dogecoin About To Bounce Back? Indications Points To A Recovery
DOGE Is About To Get Its 5th Red Candle For The Month, Indicating A Bullish Move