Is Dogecoin About To Bounce Back? Indications Points To A Recovery 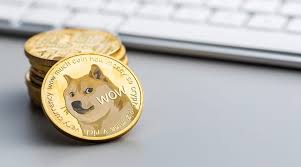 Due to the ups and downs in its price and the corresponding market correction that follows, Dogecoin has not had a great outing in the market for some time.

However, the first meme cryptocurrency is looking set to put the disappointment behind its performance by showing signs of a massive improvement on the way. According to on-chain metrics, this period signifies a bullish move.

Time For DOGE To Be Dogged

The price of Dogecoin has dropped consistently from its all-time high to its current value of around $0.11. From September 2021 to date, the price of DOGE has undergone three highs and three lows, connecting the slope, revealing a downward moving pattern.

As the movement mentioned above continues, this has led industry analysts to predict a 34% upswing determined by the distance between the first high swing and the low swing up to the breakpoint. Should the breakout happen at $0.133, the target is to reach $0.178.

Investors, however, need to pay attention to the breakdown of the maximum point, which is at $0.124, because a recovery here would trigger more confidence in the asset among hitherto reluctant buyers, and this development could turn out to be the spark for a bullish rally.

Another angle to explain the bullish hypothesis is the one-hour active address metrics. According to the one-hour metrics, active addresses rose from 4,931 to 101,300 in about ten hours. The sudden increase in activity on the Dogecoin network is an indication that despite the current price fluctuation, investors are still interested in the DOGE.

Consequently, the bullish theory depicts increased activity from the recent upswing in interested participants in the market ready to take the plunge on Dogecoin.

The whales’ transactions count on the Dogecoin Blockchain shows the total transactions worth 100,000 and above rose from 28 to a massive 685. The metrics remind us of the investment interest that high-net-worth investors and whales have in the meme cryptocurrency.

It shows that the whales are willing to invest in DOGE; market participants should note that there is a high spike in whale activity in a period like this, which translates to positive or negative upswings.

That said, the price of the DOGE appears to be ready for an upward move, but before that, it needs to recover from the $0.124 resistance barrier that is currently an obstacle.

Failure to move above the barrier might trigger a considerable correction capable of pushing Dogecoin down to the range of $0.080 to $0.085. Should the bears remain where they are, the meme coin is likely to retest the $0.063 support level, indicating a 46% downward spiral from its present position. Alternatively, if the transaction activity can make a good impression on the market, a possible outcomes may occur.

The forecast for Dogecoin is not gloomy at all because, all things being equal, DOGE can pull itself out of the current market situation and return to its past position.