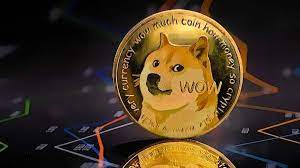 The price fluctuation of the meme cryptocurrency has not been a pleasant experience for enthusiasts of joke-themed digital assets following a series of market corrections.

In an apparent move to turn the tide in favor of DOGE, the co-creator of Dogecoin, Billy Markus, wants the market to become bullish again to drive profitability.

The rally called by Markus is geared toward sparking a price comeback for cryptocurrency after what appears to be a relatively slow market performance for the industry as a whole. A ray of sunshine is what the market needs to recover slightly.

On the other hand, the first cryptocurrency is still moving in the range bound, which appears to be unbreakable for Bitcoin at the moment because it has previously experienced the range considerably. This led the co-founder of Dogecoin to ask the market to be bullish once more for the price to stabilize.

In his recent tweet, Markus asked the crypto community if it could be bullish again, and a few hours later, the price of Bitcoin spiked to $41,500 even when the BTC did not show any sign of achieving the new market value. The new event implies that no prior prediction was made for the expected price increase, but it still happened without anyone expecting it to.

However, many people believe that the Dogecoin co-founder has not played a part in the upward trend of the price of Bitcoin and that it was a coincidence. But the new development has taken others by surprise because the first digital currency was on a downward spiral and immediately started recovering right after Markus released the post.

It is not clear if the price recovery was due to the co-founder’s tweet, but somehow a spark must have ignited the market price of Bitcoin to rally after Markus’ statement, at least temporarily. Moreover, the sudden price increase surprised everyone because the market moves failed to display any expected rise.

The Dogecoin co-founder himself reacted to the outcome of his post. The subsequent action that follows is expected, but the unfortunate part is that the price of Bitcoin has fallen and is unable to remain above $40,000, having retraced to its former level.

The swift recovery and rapid slump in the price of Bitcoin in the past 12 hours have seen $140 million and above worth of crypto liquidated, according to CoinDesk.

From the trading data released by TradingView, the latest price rise of $41,500 did not last long as the price declined to $39,500, which subsequently put the price of Bitcoin further down the bottom of the range bound mentioned earlier.

At the time of writing, Bitcoin was trading at $36,614, which saw the token recover some of the value it had lost previously.

But the unfortunate part of the significant bounce back is that the leading cryptocurrency’s movement is at a snail-pace, meaning there will be no quick acceleration as was expected.

Is Dogecoin About To Bounce Back? Indications Points To A Recovery
DOGE Is About To Get Its 5th Red Candle For The Month, Indicating A Bullish Move