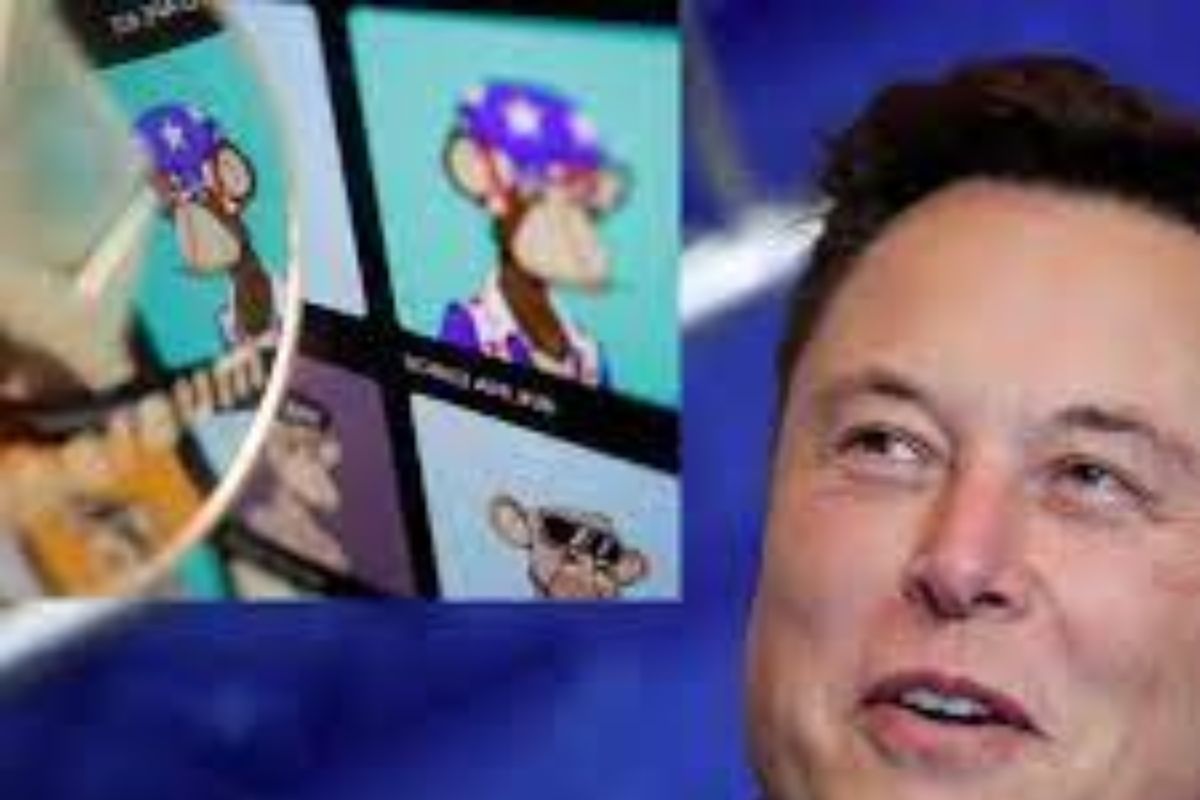 The eccentric tech entrepreneur and billionaire businessman Elon Musk have caused a brief stir in the NFT space following the recent swapping of his Twitter avatar for some pieces of Bored Apes Yacht Club (BAYC) NFTs.

Fresh from a long-drawn process of taking over the popular social media company, Twitter, the billionaire has now shifted his attention to the NFT ecosystem, where he is reported to have stirred another round of speculation by changing his Twitter profile picture to a collage collection featuring some of the priciest BAYC NFT collections.

However, some people believe that the Tesla CEO did that to troll NFT owners, which has been one of his many gimmicks on social media for quite some time.

As of Wednesday, the Twitter avatar of the billionaire featured a collection of BAYC with Ape 5809 located in the middle of the collectibles. Additionally, the NFT collections are from different creators, each having a unique design and serial number for identification.

Bored Apes are the most coveted NFTs among NFT collectors, most of whom are high-worth personalities. Its popularity is such that when its parent company, Yuga Labs, launched its latest NFT project, gas fees on the Ethereum network shot up by thousands of dollars.

Meanwhile, the announcement that Elon Musk has entered into the NFT space and is looking to conquer it has caused a stir in the community, with some pointing to the collage of BAYC NFTs on his Twitter profile as a signal of his next move.

A contemporary digital art specialist, Michael Bouhanna, was quick to react to Musk’s post. He told the billionaire to delete the avatar he had previously designed for a public NFT sales program by saying that Musk had yet to purchase the NFT.

Meanwhile, Musk has responded by saying “I dunno” to his 90 million-plus followers on Twitter which has elicited comments from most of them.

Apecoin fans appear to be excited about seeing the richest man in the world displaying their collections; the value of the local token, APE, has increased by 20%, according to the recently released market data by Cointelegraph Markets Pro.

Moreover, since the billionaire updated his Twitter profile with the BAYC collection, the NFT platform has sold more than 10 Bored Apes at the time of writing, and the floor price of the collection has risen to 10 ETH.

After the conclusion of the bidding period that culminated in his takeover of Twitter, the Tesla owner has once again revealed his intention to eliminate spambots on Twitter.

Musk disclosed that using DOGE as collateral on Twitter, where one Dogecoin token will be staked for every post, will help reduce the activities of spammers.

When a post is flagged as spam by another person, and upon confirmation, the spammer will forfeit his token as collateral for what they have done.