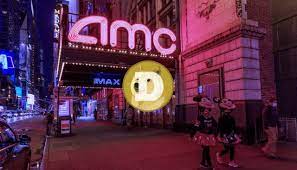 As part of accommodating most of its customer base who prefer to use cryptocurrency to pay for their theatre experience, AMC Theatres has finally begun accepting Dogecoin and Shiba Inu. Before that, the theatre chain has teased members of the leading meme coin communities for some time now.

The announcement came much later than the earlier scheduled date of March 19. AMC Theatres CEO Adam Aron announced on Twitter that the long-awaited plan is over on Twitter, and cryptocurrency enthusiasts can now visit the AMC Theatres website to begin their payment in Dogecoin and Shiba Inu.

The CEO also gave a special shoutout to BitPay for its role in making this a reality. Its unique payment system made it possible to process Dogecoin and Shiba Inu payments.

Most firms use BitPay as the leading payment integration platform for accepting payments in crypto.

According to the original plan, U.Today has previously reported that AMC added payment support to two of the meme coins on its website and mobile app by March 19. Still, AMC launched the payment system earlier than expected.

Before announcing its plan to incorporate both Dogecoin and Shiba Inu into its payment plan, the entertainment theatre chain ran a poll on Twitter to find out the opinion of its followers. After a resounding yes from the two communities of the meme tokens, AMC began working on integrating the two cryptocurrencies into its website.

Going by the latest move, customers using Dogecoin and Shiba Inu can now join the likes of Bitcoin, Ethereum, and several other crypto users who have been using cryptocurrency to pay for tickets since November last year.

Dogecoin, Shiba Inu, And Its Role In AMC’s Marketability

After integrating the two leading meme cryptocurrencies, the CEO of AMC, Aron, has remarked that he is not sure whether the addition of the two tokens would play a significant role in the AMC theatre business model project.

As U.Today reported, the Chief Executive of AMC revealed to Fox News that regarding the role of the meme coins, the company had to wait and see if the move would be a success.

Even AMC is not left out of the craving for floating a cryptocurrency. Aron is reported to have made the idea public in November, and according to him, the plan is still in the pipeline. Only time will reveal the next move.

The entertainment firm has also ventured into the business of non-fungible tokens (NFTs). In the early days of January, it gave out more than half of its native NFTs, “I Own AMC,” to its shareholders. But now, the company has not made public whether it will still make inroads into the NFT space entirely or whether it is still testing the waters.