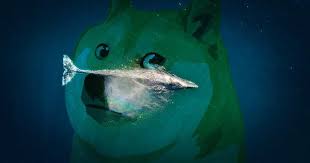 Another rush for the first meme cryptocurrency is here again as whales make another comeback for Dogecoin as trading activities soar.

The whale accumulation of Dogecoin led to an increased percentage of the concentration of DOGE in whale-tier wallets, increasing by up to 6.8%.

According to IntoTheBlock, the increased accumulation may have resulted from the high discounts that Dogecoin transactions are known to have been subject to.

As per the data from IntoTheBlock, the meme coin has become less attractive and profitable than during the previous whales’ accumulation period. Interestingly, at the time of writing, only a handful of investors assumed to constitute about a 54% gain from holding the DOGE tokens in their portfolio. The same metric showed about 70% profits from Dogecoin just a month ago.

The drop in gains might be linked to the concentration of buying orders placed by traders after the first spike in DOGE’s price as far back as April last year. At the peak of the previous spike, Dogecoin attained its high of $0.74 and subsequently dropped after the rise.

Why The Increased Accumulation

Many industry insiders point to the massive discount of the DOGE token as the main reason that triggered the increased buying spree of the canine cryptocurrency. Like most of the market, Dogecoin lost a substantial part of its value during the previous market correction. The resultant impact is the slow and steady accumulation of the cryptocurrency, as can be seen currently.

By industry standards, the increasing concentration of funds in the whales’ wallet is usually seen as a bullish action, as whales gain whenever they arrive at the top of a bullish rally.

Should retail traders dominate the token holder’s composition, there is bound to be more selling pressure on the assets. This causes the assets to move further when they are expected to consolidate and recover.

The same scenario played out with the DOGE as most whales exited the market in May last year, spreading their assets among individual traders, thereby moving the assets into a long downward spiral from which it is now somewhat difficult to pull out of.

When the entire crypto market is experiencing the ups and downs of market pressures owing to the ongoing conflict in Eastern Europe, it is unlikely that any prediction will provide meaningful insight as to what to expect next.

Additionally, as the up and down of price momentum rages on, experts believe that the perfect time to give an informed opinion on the fate of the DOGE should be when the market experiences relative stability from what it is currently experiencing at the moment.

More importantly, the meme token has always been in a relative downward spiral for some time now.

Notwithstanding the performance of Dogecoin’s direct competitor, Shiba Inu, which has got many in the Dogecoin community worried, the DOGE can still reverse the expected level of performance if the downward trend can be arrested in time.

Survey Shows Dogecoin Is Among The Third Most Favored Crypto By U.S. Citizens
AMC Theaters Have Started Accepting Dogecoin And Shiba Inu