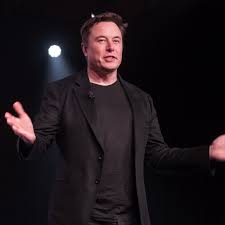 A relatively old and unknown tweet about how the founder of Bitcoin came about his name has been shared by Elon Musk.

The mysterious reported tweet was a Satoshi meme about how the name was formed, which depicts some of the biggest Asian companies and firms. Accordingly, the formation of the names came in the order of the names of the companies: Samsung (Sa), Toshiba (Toshi), Nakamichi (Naka), and lastly, Motorola (Moto).

As can be seen, by the names of the corporations, the acronym for the purported creator of the first digital currency is a combination of parts of their names.

It is, however, not yet clear what the motive behind Musk’s post is in sharing the meme. Still, some Twitter commenters believe that Musk gives a hint about Satoshi Nakamoto’s background and suggests that he is not entirely Japanese but someone with Korean and American roots.

The billionaire is a master of posting unclear and incomprehensible messages, and the most recent post is just one out of a bunch he is known for. The majority of the users see no meaning or hidden message behind the post.

Some observant members of the crypto community have noticed that the last part of the electronic giant company’s name, Toshiba, contains the meme coin name “SHIB” in it. Toshiba, in reality, has no business or stake in Shiba Inu, as some fans of the famous meme token want to believe. The SHIB has had a positive market recovery where it gained about a 1,000% price rise during the bullish run that the crypto market experienced recently.

The increasing acceptance of Dogecoin and Shiba Inu has given rise to the proliferation of meme cryptos to make something out of the trend of digital meme cryptocurrencies. Some created their own versions of meme tokens by using the name of Elon Musk to name their brands, like coComelon, Musketeers, and other names.

The co-founder of Dogecoin has recently slammed young developers in their craze for seeking attention and validation for their newly created meme coins by going under his tweet and spamming his Twitter feed.

According to Markus, the developers are trying to cash in on demand for meme coins and, in doing so, spam many influential people like Elon Musk on their social media handles. Additionally, they often target unsuspecting individuals who may fall for their antics and, in return, invest in a fraudulent project.

The Tesla boss and the co-founder of Dogecoin have previously raised alarms and called the attention of the Twitter team to the activities of scammers on their platform. Dogecoin’s co-founder stated that Twitter does nothing to protect users, with Musk also criticizing the platform for its inactions.

Recently, many users complained that illegal activities were going on on Twitter with no efforts geared toward fixing the issue by the management of the social media company.

Dogecoin Price Review: The DOGE/USD Pair Is Expected To Dip In The Coming 24 Hours
Bill Gates Takes A Dig At Elon Musk Over Cryptocurrency