Dogecoin Is Close To Reaching A Critical Level As Rally Nears 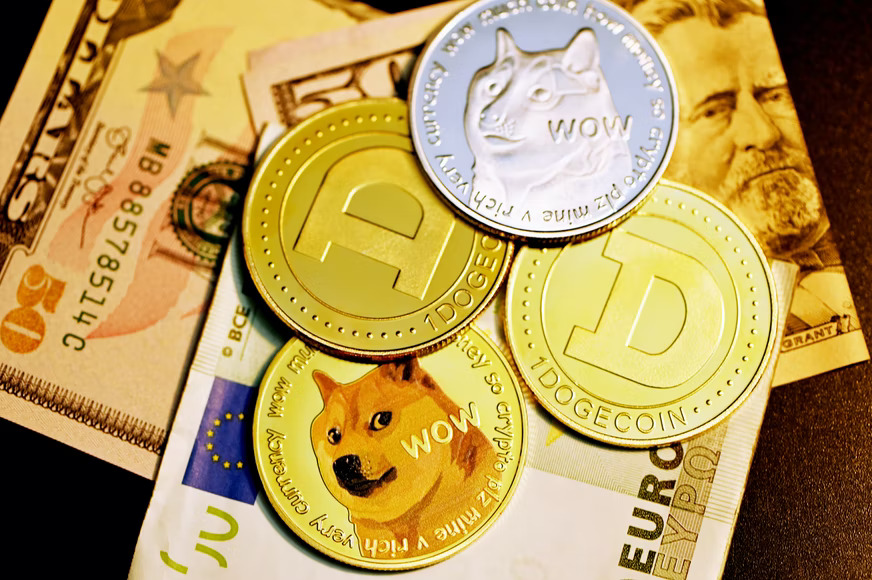 The meme coin has finally broken out of the resistance zone that previously pushed Dogecoin’s price down. In the meantime, DOGE has exited the level where an imminent reversal in the market is likely.

Over the past 40 days, Dogecoin has been hovering around a single price level. In addition, the flag pattern of DOGE price performance shows that the token might end in massive volatility. Meanwhile, high trading volume will lead to the tokens’ breakthrough in the market, further driving the volatility spike.

However, there is currently a possible market recovery for Dogecoin, which could soon trigger a bullish rally. In addition, the risk exposure for Dogecoin is at its peak, signaling a healthy rebound for the popular canine cryptocurrency.

On a broader scale, top meme tokens like Dogecoin and Shiba Inu have started to attract investors’ confidence. Both have gained about 50% of their value over the past week.

The CEO of Landmark Theaters, Mark Cuban, has previously caused a stir in the crypto community after his statement about Dogecoin. The billionaire noted that the meme token serves more purposes than Cardano.

This helped push the DOGE price up with a significant spike in trading volumes. It is worth noting that the latest price surge drives Dogecoin past the resistance level. The billionaire is confident that the absence of application development on the Doge network gives it an edge over Cardano.

He believes the meme coin could flip Cardano when it begins offering decentralized solutions on its network.

Similarly, Vitalik Buterin, the co-founder of Ethereum, also suggested a road map for building applications on the Doge network. Buterin proposed a platform hosted on the Dogecoin network that would allow developers to create new applications. This would certainly boost the network and impact upward price movement.

Can Doge Price Shot Up?

The price of the leading meme cryptocurrency is driven purely by speculation, and that is what it is. Dogecoin certainly has the potential to go up but not at the rate the supporters envisioned for it. As a result, the token will struggle to regain its previous value even with the support of people like Elon Musk.

Last year was a breakout period for many cryptocurrencies, including Dogecoin. As a result, the industry recorded a $2.9 trillion market valuation at its peak in 2021. Unfortunately, this year seems to be the opposite, as last year’s value has declined.

For its part, Dogecoin has a few hurdles to cross before recovering close to a quarter of its previous value.

The token no longer appeals to people like before, and investors are still reeling from the broader market correction. Since its all-time high of May 2021, Dogecoin has shed more than 70% of its value and is struggling to reverse the downward trend.

However, despite the speculative nature of Dogecoin, it can still pull off a surprising price surge in the coming weeks.

Billy Markus Revealed What Will Send DOGE To The Moon
Dogecoin’s Transaction Value Is Above Bitcoin’s, Says Elon Musk