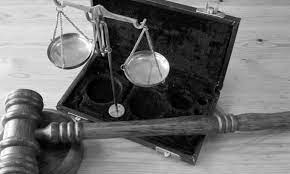 Following the unsupported statement that he is involved in a buyback claim, a top Cardano official has revealed that he is ready to file a lawsuit against a critic.

The CEO of the Cardano development team, Input-Output, Charles Hoskinson, has come out to publicly issue a warning to the co-founder of Digital Assets Data firm, Mike Alfred, over what Hoskinson termed as an unfounded rumor over his action to partake in a buyback project.

According to Hoskinson, there is no such buyback program that he is involved with, and he used the chance to send a warning to his critic, threatening to go to court if Alfred did not desist from making such a slanderous claim against him.

He also denies having knowledge of such a buyback program and cautions Alfred to stop writing misleading statements to misinform the public and tarnish the brand he represents (Cardano).

By tweeting unfounded and baseless rumors, he (Alfred) is committing slander to make him take legal action against him.

Hoskinson has a record of being opposed to buybacks in the cryptocurrency industry for a long time because it goes against his principle of doing business, which is unethical and self-serving. He was reported to have bared his mind in 2019 about buying back tokens, claiming that he prefers long-lasting building partnerships with other business interests.

Taking a plunge to purchase in the hope that its price appreciates, bringing more profits, is not what he has in mind.

Building strategic business relationships are his business focus, as he prefers to spend money exploring new business environments. And get millions of interested people involved rather than buy a token at a giveaway price and wait for its price to appreciate.

The Cardano community has had its fair share of attacks from the co-founder of Digital Assets Data, constantly at the receiving end of his scathing remarks about the blockchain network.

In his reaction to forming a cryptocurrency regulation unit by the Federal Bureau of Investigation, Alfred opined that the FBI already had their work cut out for them. Cardano does not have what it takes for the FBI to look into its affairs, as they should not exert energy toward ADA because ADA has what it takes to crash on its own without pressure from regulators.

In another twist, Alfred also accused Cardano of dealing with the buyback program and said that more than 70% of Cardano’s trade volume is a result of buybacks. The statement undoubtedly causes a great deal of resentment toward him, with Hoskinson labeling the information “slanderous.”

The critic also takes a swipe at ADA’s pricing, claiming it is overvalued and does not represent the actual value of the token because it has no current market value.

However, ADA has had a string of below-par market performances, and it is currently hanging a little above $1 after a poor run of trading performance.