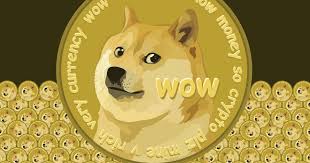 Justin Bennet is one of the crypto analysts whose views are well-respected by the global crypto community. The top crypto analyst has made a recent prediction on meme cryptocurrency, Dogecoin. According to him, Dogecoin is forming a pattern similar to the one it formed in April before experiencing a huge breakout.

Bennet had announced this on Twitter to his over 70,000 followers. In his tweet, he noted that the price action of the meme cryptocurrency as of now is a repeat of one seen in April. Back in April, in the wake of a bull run, Dogecoin was one of the highest gainers after printing over a 10x rally. Bennet referred to the last two surges, noting that they both instigated gains of 1000% and above.

Analyst Predicts a 1000% Increase for Dogecoin

According to Bennet, the latest consolidation round has gone on longer than the pattern that was observed before the breakout six months ago, which could make the meme token register an increase of over 1000% just like in April. However, Bennet noted that any price surge on Dogecoin is subject to the movement of benchmark digital currency, Bitcoin. The top crypto analyst said that this was something to look out for while a rally is expected for Dogecoin.

Explaining in technical terms, Bennet said Dogecoin is showing a large descending triangle formation which represents a bullish pattern pointing at the continuation of an uptrend on an asset. If Bennet’s predictions are right, Dogecoin could make an unexpected move to the $3 mark. From its current price of $0.22, that would be a 1,155% increase.

Bennet is equally bullish about Dogecoin in the meantime, asserting that the meme token is readying itself to cross the large diagonal resistance. He said that DOGE is edging toward the resistance.

Another analyst, Altcoin Psycho seems to agree with Bennet. Altcoin Psycho asserted that when an asset is trading close to the resistance zone- which is $0.25 for Dogecoin- during an uptrend, a continuation is likely to occur.

As of press time, Dogecoin is down by 1.5% and trading at $0.22. The meme cryptocurrency has been trading in the $0.20 zone for 4 months since losing its all-time high of $0.73 in the wake of a market-wide downturn in May. Compared to its numerous spin-offs, Dogecoin has performed less. Shiba Inu has been one of the highest gainers in the last few weeks. Floki Inu, another spinoff, has also registered gains on its price.