Coinseed Ordered to Shut Down Over Fraud Allegations, Moved Money To Dogecoin 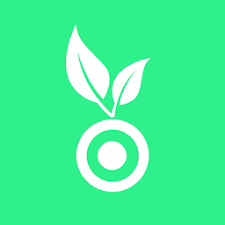 The allegations against US-based crypto exchange Coinseed have reached the hilt necessitating a closure order from New York’s Attorney General Letitia James. After several injunctions and cessation orders issued against the exchange to permanently halt its activities, Coinseed faces criminal prosecution not only for refusing to comply with court orders but for fraud-based allegations levelled against it by users.

According to reports, Coinseed had converted all of its users’ funds to Dogecoin without their consent. Coinseed is also accused of being evasive with its activities and generally defrauding users. The exchange had disabled withdrawals making it difficult for users to retrieve their funds. Coinseed allegedly cleared its bank accounts and went ahead to offer unregistered securities to customers, media outlet Bloomberg reported.

In light of the above, New York’s Attorney General Letitia James has ordered for the closure of the Coinseed while directing it to pay $3 million as fines. Coinseed has committed further infractions by failing to obey court orders while the case was ongoing. Attorney general James noted that Coinseed engaged in fraudulent and egregious activities even amid its regulatory troubles.

Back in June, Coinseed revealed that it would temporarily go offline after a restriction order surfaced against it. Earlier this year, attorney general James filed a lawsuit against the founder of Coinseed, Delgerdalai Davaasambuu for swindling investors of over $1 million. In the same period, Coinseed was slammed with a lawsuit by the US SEC which alleged that the exchange had offered commodities for trading without resorting to a broker like itself. The regulator also claimed that Coinseed had gone ahead to misinform investors in the region.

Some other complaints from former users against Coinseed alleged that they discovered that a portion of the funds in their accounts had been deducted since February without justification. This allegation attracted over 170 complaints. Although CEO Davaasambuu promised to refund investors, however, to date, he is yet to make the refunds as promised and went mute on them since then.

In a related development, a certain Michael Ackerman is likely to face 20 years of imprisonment for defrauding investors of up to $30 million after running a trading scheme back in 2017 where he promised investors 15% monthly returns.

It is these excesses regulators are trying to check, hence the increasing calls for regulations. Regulators are looking ahead to the upcoming infrastructure bill which also proposes tax regulations for crypto businesses. But others have clamored for a milder approach saying the industry needs to thrive and grow beyond expectations.

Regulators are also eyeing regulations for decentralized finance and stablecoins use. On stablecoins, the US SEC that it could threaten the stability of the fiat dollar since it is pegged to it. It also noted that crypto investors are now hiding under the cloak of stablecoins to evade taxes on their capital gains. The US Senate will deliberate on possible amendments to the Infrastructure bill later this month.