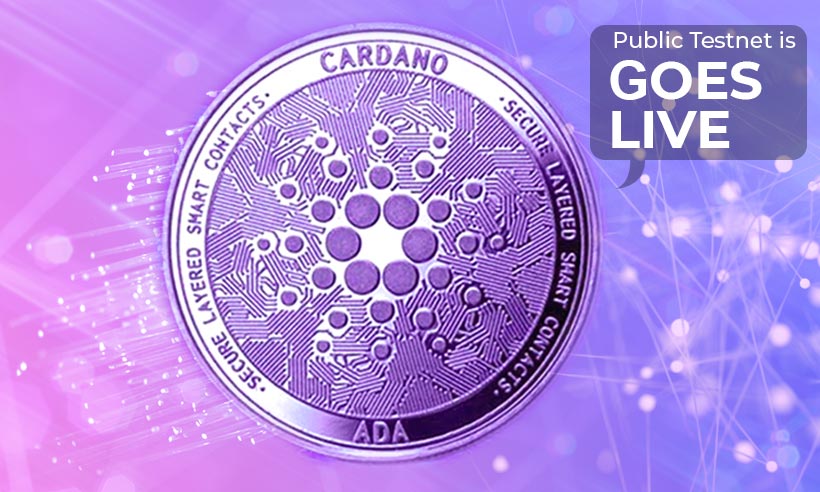 Recently, Cardano started its Alonzo Purple stage, as scheduled. This is just in time for the launch of the Hard Fork Combinator [HFC] event. This update was first disclosed by the IOHK team on Twitter. They tweeted:

This update correlates with what was anticipated from Alonzo this week. The IOHK Founder and CEO-Charles Hoskinson, talked about the timeline for the occasion, with the executives talking about onboarding exchanges soon in a recent vlog.

Following this new contract, trades and exchanges will be assessing the changes, as well as the infrastructure providers. Feedback will also be provided to the team about any existing bugs or issues. At the time, Hoskinson had said:

The launch of Alonzo Purple is a landmark event for Cardano as it is the first fully public Cardano testnet to support smart contracts. The team of IOHK added stating that:

“It’s an important moment, marking significant progress in the rollout of #smartcontracts on the #Cardano mainnet which is targeted for the end of August/early September”

Following a rough assessment of a smart contract being launched on the mainnet, Charles Hoskinson surmises that the precise date of the rollout will be disclosed with the mid-month update which is scheduled for the 12th of August. As regarding the mainnet, the team is still determining the participating prospects for the node.

Charles Hoskinson in his Alonzo Purple video evaluated the community about certain issues. He started:

In addition, he further went on to say:

“If we include some optimizations the mainnet candidate node will be pushed a little further out, which will be a shorter period for the testnet-for exchanges to update”

Making optimisations will provide extra advantages to the node. Nonetheless, if excluded this time, the optimizations will be incorporated in the next hard fork combinator event, which will take place before the end of the year according to  Charles Hoskinson. However, Alonzo Purple has commenced its mission of drawing smart contracts to the Cardano mainnet. The team is also scheduled for the HFC event towards late August or the beginning of September.