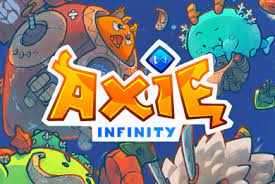 The developers set out to implement updates to the game’s reward system to bring a more balanced and robust ecosystem to the platform. The developers are also set to induce scarcity for the SLP token by reducing its supply by at least 56%.

A while back in 2021, the play-to-earn game emerged as a trending business model focusing on just two business elements that have seen much success – entertainment and profit-making. Such a game has gained wide acceptance from individuals who cherish using their time to play and earn rewards in tokens to be later redeemed according to the blockchain platform on which they play the game.

Axie Infinity was created on the back of this business model to cater to the ever-increasing play-to-earn game lovers. It has become a leading player in the race to earn gaming space in the blockchain industry. Axie Infinity is modeled after popular games like Tamagotchi, allowing players to collect, battle, and trade items.

In so doing, players earned Smooth Love Potion (SLP) tokens as their rewards for passing every one of the game’s levels. Players can redeem the prize for other game features, like creating new creatures to increase their chance of winning.

According to the team, the reduction in the issuance of the SLP tokens is due to the mass emission mechanism the SLP experienced when coins were in ample supply. The SLP is reduced by 45 million a day by stopping the daily game quest.

To the developers, the recent change is a painful decision taken to ensure the continued progress of the game. Following the changes, the team reduced the supply of the SLP by 56%. The updates were necessary for the Axie Infinity; otherwise, the result could be costly for the blockchain gaming franchise in the future.

The Axie Infinity development team also promised to float a prize fund of $6 million, together with improved changes to the game rewards system, because the approach makes Axie a bigger and better player in the blockchain gaming industry.

The previous edition of the game saw winners rewarded with 3,000 AXS tokens; the reward was later increased to 117,676 for the best 300,000 gamers on the platform the following season.

The native Axie Infinity token, just like other performing cryptocurrencies, has experienced a significant price increase in the USD in the last couple of days. At present, its price level at $64 is 30% higher than in the previous days of January, but the AXS is still far from regaining its all-time high of almost $160, as recorded in November.

The SLP, no doubt, has had an impressive price increase in recent days. The token, as reported, surged to a whole new level at 40% before falling a bit.

Cardano’s ADA Open-Source Wallet Has Seen A Massive Improvement In Performance
Cardano Increases by 6%; Can It Climb To $1.4 Any Time Soon?