Complete History Of Elon Musk, From Childhood To Richest Man In The World 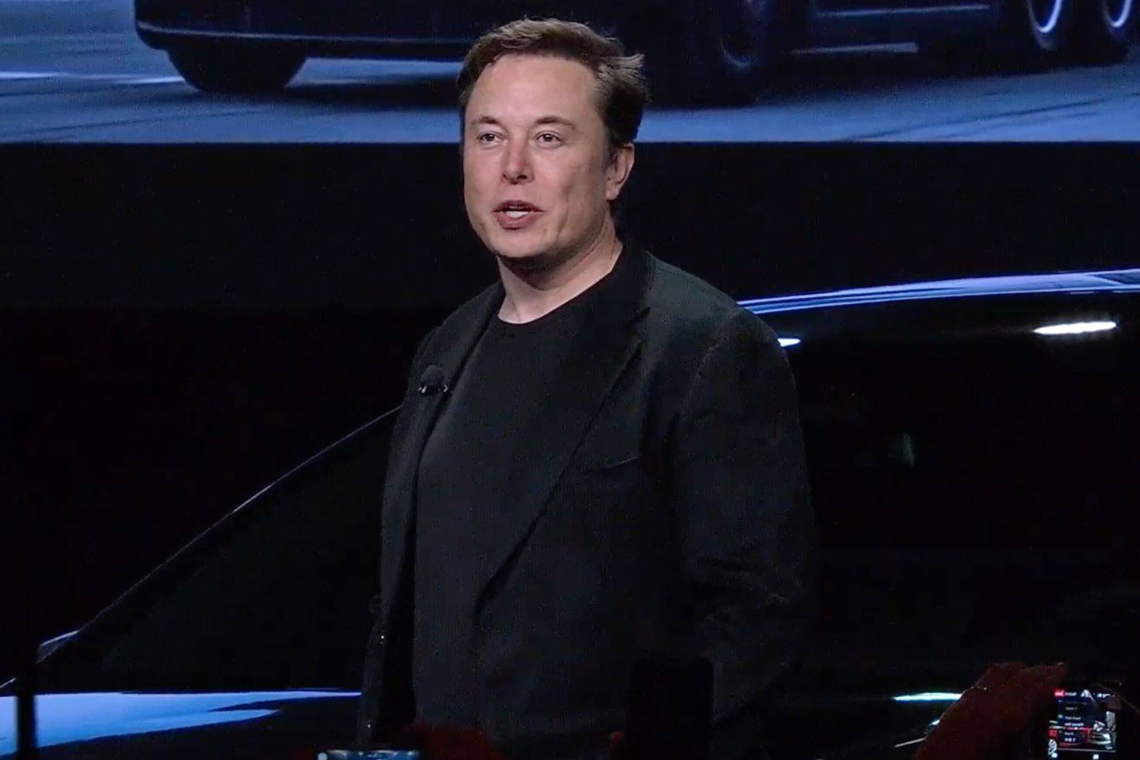 I know what you’re thinking. “Oh, no, not another in-depth presentation on the life and times of This Week’s Megastar.” You’ll see cute pictures of a little blonde boy with his beloved dog, a baseball glove, and bat, or in a life jacket captaining the canoe he makes believe is his ship of the line breasting capricious waves. It’s meant to be inspirational, and sometimes it actually does inspire.

Inspiration comes from many places, some of them dark. You’d be surprised how many people come from those dark places and then go on to found companies you wonder how you lived without, invent amazing technologies or products like Dogecoin, or write the song or book that you never forget.

Elon Reeve Musk was that little blonde boy. He rose from the dark of a wounded childhood into the light of useful technologies, products, and services that help those very people that wounded him.

Musk was born a Cancer on June 28, 1971, in Pretoria, South Africa. His parents were professionals with his mother in modeling and nutrition and his father an engineer. His brother Kimbal is now an environmentalist and venture capitalist while his sister Tosca is a producer and director with awards all over her walls.

It was in his childhood that his parents divorced. Elon lived with his father which was an unhappy experience for the boy. He was bullied in school. The darkness of these school years Musk described as “lonely and brutal.” The only solace the boy had was his books; being a bookworm meant he got bullied even more voraciously.

At the age of ten, Elon saw the light of and became enamored with technology. He had an inexpensive home computer called Commodore VIC-20. He used it to learn to program computers, coding a computer game he called Blastar. The BASIC code of the game he sold to a PC magazine for $500. Now he had an idea how to get out of the darkness.

Keep in mind that the 1980s in South Africa was all about apartheid. Native Africans were being scythed down at an alarming rate. To avoid being involuntarily invited into the army, Elon headed for Canada. His mother’s Canadian background would gain the now teenager a Canadian citizenship. He would graduate from Kingston Ontario’s Queen’s University.

It’s at this point that most readers would be eagerly anticipating stories like Animal House or Accepted. It’s only natural that young men would get up to the usual college shenanigans, right? You’d be correct. Musk and a buddy bought a college frat house with ten bedrooms and turned it into a nightclub.

Remember Musk was paying his way through college. The club sometimes hosted 500 guests, each paying five dollars. Musk and his roommate made their rent and other college expenses with the proceeds of their popular nightclub. Musk, however, didn’t drink. His roommate was in charge of the “cool sh**” and Musk managed. It worked for him.

You might get the impression Elon was too straight to party. That would be incorrect. It’s just that Elon’s kind of party was days and days of playing the video games that had just come out and whose popularity was huge. Elon’s roommate would frequently have to drag the boy away from his game console to attend classes or do homework.

These college shenanigans happened when Musk was attending the University of Pennsylvania. When he was dragged away from his video games, he earned a BS in physics in addition to a BA in Economics from Wharton. The now young adult earned his Ph.D in physics at Stanford in California.

Elon began his business life with the formulation of Zip2 or software that would enable newspapers to put online guide maps on their websites. Think Google maps or DoorDash maps. Their endeavors were based on Musk’s maps.

Four years later in 1999, Musk’s and his brother’s venture was bought out for $340 million. This money was the start of X.com, an online banking idea. Eventually it was bought and became PayPal. Musk, though, was booted before eBay bought PayPal for $1.5 billion in stock.

Elon owned enough shares in PayPal to be a majority shareholder. When eBay bought PayPal, Elon walked away with more than $100 million. With money in hand, Elon could now concentrate on the rest of his dreams: cars and space.

A Sandwich On Mars

It’s been ten years since NASA sent anyone into space due to the expense. Elon wanted to revitalize the space program. To effect this, he went to Russia to buy an intercontinental ballistic missile or ICBM. The idea was to send plants to Mars and bring them back with the object of reigniting interest in NASA and space travel.

Unfortunately, Russian engineers weren’t interested in Elon’s ideas. One even spit upon him. He returned to America with the intention of building his own rockets. SpaceX was born. Its first product, SpaceX Falcon orbited the third rock from the sun on September 28, 2008. The Falcon 9, so named for its nine engines, launched in 2010.

The Falcon 9 is an amazing bit of technology. The original idea was for companies and governments to use it to launch satellites. It resupplies the International Space Station as well as launching the Air Force’s secret plane on its secret missions. The amazing part comes from its ability to enter orbit and then its first stage will return. No one else has managed this.

It hasn’t been easy, though. The Falcon 9 didn’t always make it, exploding many times. In 2015, it finally landed on solid ground. Months later, it landed on a floating droneship also formulated by SpaceX. Many flights have been launched and successfully recovered since then.

The truly phenomenal thing about the Falcon 9 is the Block 5 Falcon 9 or the “last version” of the rocket. Musk’s intent was to build a rocket that could be reused 100 times with regular maintenance. In 2020, the Falcon 9 launced and landed for the seventh time since their initial presentation. The nose cone has been used many times and has now become routine.

SpaceX’s Dragon supplies the International Space Station. It’s the first commercial craft to carry astronauts to the ISS. It was successfully recovered following an orbiting trip. Last November, four more astronauts including a Japanese astronaut made another trip aloft.

Stardate: February 2018. A red Tesla automobile, the personal car of Elon Musk, was launched into space aboard the Falcon Heavy. Essentially three Falcon 9s hooked together, the craft was launched toward Mars and safely and successfully returned to Cape Canaveral. Reckon we can have that sandwich on Mars after all. Musk’s Russian dream has been fulfilled.

Appearing in 2008, Tesla wasn’t the first electric car, but it was the first affordable electric car. When Musk began funding Tesla in 2003, it was with the intention of providing sustainable energy through solar power and sustainable cars through electric vehicles.

In the beginning, electric cars were expensive. Very few if any charging stations existed, no one knew how to “plug in,” and range wasn’t very impressive. Musk set out to change that, producing sedans and trucks with more than impressive range (up to 500 miles for a cyber truck,) sustainable energy sources, and affordable products.

Tesla is also in the race to produce self-driving cars, with self-driving chips having been inserted into their cars since 2019. Tesla is still developing the technology.

The company produces the glass that goes in some of its cars as well as its solar panels.

As if all this isn’t enough, since 2017, Tesla has even offered its car owners their own insurance. Tesla became partners with Liberty Mutual Insurance Company, offering insurance for its electric automobiles. In 2020, Musk created his own insurance company.

Finally, we have servicing Tesla’s cars. Most people just take their cars to the shop once or twice a year for the usual tune up, oil change, and tire rotation and balance. Not Teslas.

Once upon a time, roaming technicians, remote diagnostics, and Tesla shops took care of everything. Today, Tesla owners only have to show up for brake fluid, tires, air filters, and A/C repairs.

Before we get into the cryptocurrency that’s taking the world by storm, perhaps we should define cryptocurrency. In the 2000s, someone decided there should be a currency that was not controlled by any government or other financial lords. This currency would be virtual or digital, it would be widely available, and it would take the form of tokens or “coins.”

To date, there are approximately 4,000 types of cryptocurrencies. The largest selling is Bitcoin, but most of the 4,000 (as of January of 2021) are unfamiliar to almost everyone. Except one.

The new cryptocurrency pronounced dozh-coin not doggy-coin) began as a joke in 2013 between two software engineers. Billy Markus and Jackson Palmer never met, but tweets sort of introduced one to the other through answers to their tweets. A unique cryptocurrency was the result.

It started with a canine meme that garnered huge attention with people using the meme with thought bubbles. Palmer, who kept up with the cryptocurrency explosion, off-handedly tweeted that he would invest in this canine cryptocurrency, as he was “pretty sure it was the next big thing,” according to Business Insider.

Palmer was encouraged through tweets to try it, so he established the domain dogecoin.com. Before it was up two days, Billy Markus, the engineer in Oregon, tumbled to it. He’d been attempting his own cryptocurrency, but this intrigued him.

Markus and Palmer configured the source code, and a new cryptocurrency was born. What began as a joke in 2013 is now a major cryptocurrency trading at a few cents per coin. Most investors want it to go to one dollar before too long.

Elon Musk entered the picture when he tweeted that he would support those who sold most of the coins. Apparently, a few investors hold most of the coins, so there’s no circulation of which to speak. Musk basically wanted to even out the playing field. He even bought some coins for his son.

With all that said, Tesla uses Bitcoin as a hedge against the inflation of cash. Bitcoin has a value of $226 billion, while its competitor Ethereum is worth $233 billion. The Bitcoin price has risen exponentially due to Tesla’s and software company MicroStrategy’s interest in cryptocurrency. Even so, Musk mentioned in a tweet that the price “seemed high.”

The Richest Man In The World

On January 14, 2021, Musk was listed by Forbes as the richest man in the world with $182.9 billion to his credit. Bezos was listed at second with $182.8 billion. Each week sees one rising above the other according to how their stock performs. Give it another week, and we’ll see Musk back on top.

What Does Decentralization Mean In The World Of Cryptocurrency
The Complete History Of Dogecoin, The Rise Of The Doge