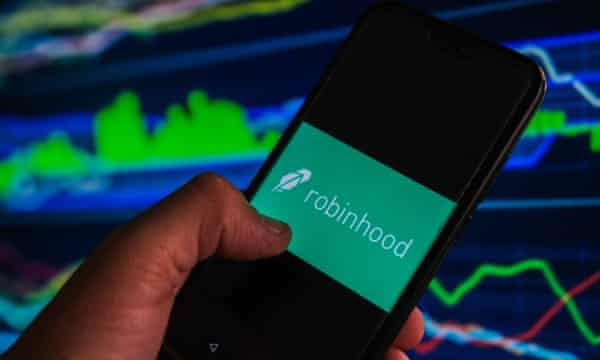 The entire cryptocurrency community erupted into a frenzy about certain wallets that hold huge amounts of Dogecoin. A particular wallet that became a trending subject in February this year was speculated to hold about 36 billion DOGE. This Dogecoin whale remained a mystery until it was supposedly unraveled by a Reddit analyst recently.

Revealing the owner of the “largest Dogecoin wallet” to be Robinhood, the researcher also linked Robinhood to hold more Bitcoins ahead of MicroStrategy. The Reddit account u/Andreifromalberta reported that the Nasdaq-listed firm matches the details of his research as the top DOGE whale and is also a top-three Bitcoin holder.

According to Andrei, the owner’s largest Dogecoin wallet themed “DH5” is spreading its tentacles to other digital assets like Bitcoin and Ethereum. The research Andrei published four months ago has been confirmed by him as he connected the holdings to Robinhood, carefully Revealing the fundamentals of his study.

The financial service provider Robinhood offers Bitcoin, Ethereum, Litecoin, and others at their desks. In the analytical documentation that the armchair detective made, the third-largest Bitcoin wallet emerged within the same period as the DH5. Andrei believes that Robinhood employed the same tactic on other assets it offers.

The supposed Robinhood Bitcoin wallet referred to as “IP5” began gathering BTC in February which clashed within the same period as the mysterious Dogecoin wallet. At present, IP5 is said to have about 113,842 in its custody, making it the third-largest BTC wallet. The Redditor does not halt here, the recent revelations made subsequently that Robinhood is behind the second-largest BCH wallet, the second-largest LTC wallet, and the fourth-largest Ethereum wallet.

Andrei alleged that Robinhood has been buying the dip since the 10th of May. When he summed up the entire crypto portfolio that supposedly belonged to Robinhood, the sum appears to match the public disclosure made by the company about its crypto holdings at about $11 billion. Judging from the timestamps, the analysis appears quite convincing.

Does Robinhood Own So Much Crypto?

Cryptocurrencies like Dogecoin and Bitcoin have persevered as popular digital assets since 2021. The latter which is actively backed by technocrat Elon Musk has evolved from being a mere meme token to a much more respectable stand as one of the top 10 digital currencies.

Owing to the interest of the public in activities around Dogecoin, a hefty wallet that stacks away billions of the crypto can’t help being noticed. However, the supposed owner of the wallet Robinhood has indirectly debunked the rumors of such holdings earlier in May.

CEO Vlad Tenev of Robinhood Markets declared that the firm has no specific holdings on any of the coins that they keep on a proprietary basis. The declaration made during the firm’s Initial Public Offering (IPO) negates the evidence propagated by armchair detectives that pointed to the firm. However, the recent exposition offered by Andrai refreshes these allegations with succinct analysis to show for it.

“Buy Now, Pay Later” Firm Afterpay to be Acquired by Square for $29 billion
Virtual Currency Is The Key To Help The Unbanked, According To Sen. Warren