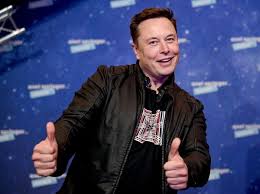 Elon Musk has shown his fondness for Dogecoin once again following an argument between Dallas-born billionaire Mark Cuban and Bitcoin proponents. This is not the first battle of supremacy argument between Dogecoin supporters and long-standing Bitcoin maximalists.

Elon Musk‘s response to the latest debate was a cry-laughing emoji taking sides with Mark Cuban who recently developed a liking and keeps talking about it non-stop. According to the billionaire, Dogecoin is the people’s crypto. His favorable comments about Dogecoin have been on the rise since his NBA club Dallas Mavericks started accepting payments for their merchandise. In one of his recent comments, Cuban noted that fans of the NBA club preferred making Dogecoin payments to any other cryptocurrency.

Cuban was involved in a heated debate with podcaster Preston Pysh during a Twitter ‘Spaces’ conversation. Preston had advised Cuban to stop talking about Dogecoin but the latter declined. Rather the Dallas billionaire claimed that Dogecoin is a cheap introduction to the marketplace given its nearly zero price. He also hailed the Dogecoin community for seeing the bright side of the cryptocurrency

Responding to Elon Musk’s argument, Pysh posted a chart that showed the comparison between Dogecoin and Bitcoin. The chart also indicated Dogecoin’s abysmal performance compared to Bitcoin, especially since Elon Musk made a guest appearance at the Saturday Night Live (SNL) show that was held back in early May. Pysh accused Elon Musk of playing a fast one on his avid followers who followed what he said about the meme token but failed to observe what he did on the balance sheet of his EV firm, Tesla.

Despite being a Bitcoin holder including Tesla, Elon Musk has continued to throw shades at Bitcoin proponents. Back in August, the Tesla billionaire argued that Dogecoin towered above Bitcoin and Ethereum in terms of transaction costs and speed which aligns with Cuban’s argument about Dogecoin being the strongest payment means later in the same month. Elon Musk had suggested that more upgrades on Dogecoin’s network would make transactions faster.

Earlier in May, he criticized the host of the Bitcoin-focused podcast ‘What Bitcoin Did?’ Peter McCormack for sponsoring annoying threads about his fondness for Dogecoin. At the time, the billionaire had confessed that on the contrary, the comments from critics were pushing him to go all-in on Dogecoin.

Elon Musk has not been in the good books of Bitcoin proponents since he contributed to the decline in the price of Bitcoin after he announced that Tesla would no longer accept Bitcoin payments for its vehicles. Although Tesla still holds Bitcoin on its balance sheets following a $1.5 billion purchase in March out of which it sold 10% to reportedly test the liquidity of the asset.

Elon Musk still talks about Dogecoin and recently acquired a dog that is of the same breed as the poster dog of Dogecoin and other spin-offs. As of press time, Dogecoin is up by almost 9% and trading at $0.25. Major rivals Shiba Inu and Floki Inu equally registered gains on their prices.

A Forecast Shows Dogecoin Pump Is Around The Corner
Dogecoin Gains 12% As New Week Begins, Trading at $0.26