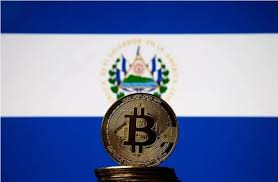 El Salvador is making history again by producing Bitcoin (BTC) with its volcano wells serving as a natural energy source. According to El Salvador’s president, Nayib Bukele, about 0.00599179 BTC worth $269 has already been mined on its first attempt. President Bukele aims to harness the myriads of volcano wells in the country by using it to produce BTC, he announced in a Friday tweet.

Marking its sojourn into the BTC production industry, president Bukele revealed that the first attempt is just a testing stage as he plans to install more mining rigs in the country. Before the latest development, the president had shared a short video earlier this week, showing clips of a huge container harboring several BTC miners, technicians installing some rigs and the top view of an energy facility that was adjacent to one of the volcano wells.

The El Salvadoran president entitled the short video ‘First Steps’ indicating that the country was getting ready to cut its tooth in the mining sector. President Bukele had gotten the suggestion of producing BTC  with volcano during one of the conversations in Twitter Spaces, a new feature that launched on the platform earlier this year.

Following that, the president announced later in June that he had ordered a government-owned electric firm by the name LaGeo SA de CV to make facilities available for BTC production centered around clean energy from the country’s volcano wells.

However, it appears that volcano-powered Bitcoin production is not a novel development. Reports indicate that European country Iceland is one of the very first to begin such an initiative in the early days of Bitcoin production. As such, El Salvador is following up on this trend.

Notwithstanding, what is striking is the number of volcano wells in El Salvador which has earned it the name “land of the volcanoes. Even before Bitcoin production, El Salvador has been utilizing these wells, generating up to one-fourth of its local energy from them. With its foray into BTC production, this number will shoot up.

Additionally, this will address the raging concerns brought up over Bitcoin production as regards its impact on the environment. BTC production with an unnatural energy source has been criticized for its carbon impact, highlighting the need for alternatives, one of which El Salvador’s volcano wells present. The energy derived from this source is totally natural, renewable and devoid of emission or pollution.

All this comes on the heels of El Salvador’s debut in the Bitcoin industry followed by a landmark decision to make Bitcoin a legal tender. The Bitcoin- legal tender law took effect last month, setting off a series of debates and protests in some regions within El Salvador.

To support the new law, president Bukele announced that the country had set up 200 Bitcoin ATMs in some strategic regions coupled with the launch of a Bitcoin-only wallet named Chivo, an El Salvadoran term meaning ‘Cool’ in English. Intent on incentivizing locals to download and use the wallet, the president promised to airdrop $30 worth of BTC to every user of the wallet.