VanEck Plans the Launch of Bitcoin Futures ETF on Tuesday 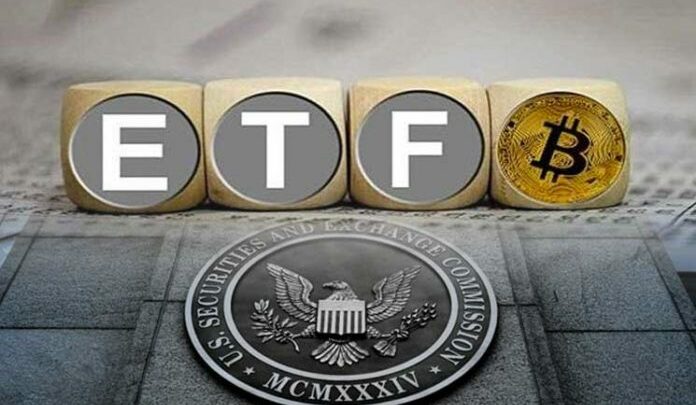 Four days after the SEC turned down Van Eck’s proposal to launch a spot ETF based on BTC, the asset manager revealed that it will launch its Strategy BTC-Based ETF. The ETF invests in BTC futures contracts and provides investors with tools to build their virtual asset portfolio. In a statement released on November 15, the BTC exchange-traded funds will trade under the name XBTF on the CBOE, and will be managed by one of the executives Greg Krenzer.

The ETF will finally be trading on the exchange after years of careful planning and several ETF filings with the United States regulatory commission. VanEck joins ProShares and Valkyrie as companies with BTC Strategy ETFs. ProShares BTC futures traded funds became the first to be traded on the NYSE and gained into the top 2% of all traded ETFs with a staggering $400M traded on 10th November. Valkyrie, on the other hand, began trading two weeks ago on Nasdaq.

VanEck’s rejection was nonetheless disappointing. XBTF listing came some days after the SEC rejected VanEck’s application. The asset manager applied months ago to the regulatory commission, but the commission turned it down arguing that listing and trading the ETF did not address fraud and market manipulation concerns.

The BZX exchange hasn’t met its burden under the commission’s practices and Exchange Act to prove that its proposal tallies with the requirements of the Act. The SEC also chipped in that it is important for an exchange listing a derivative product to enter into some form of surveillance concordance with markets trading the asset to acquire relevant information to deter market manipulation.

ETF analysts disclosed that the SEC was likely to disapprove the VanEck’s ETF, considering its track record. While the spot BTC ETF was disapproved, the SEC eventually approved the asset manager’s Bitcoin Futures ETFs. VanEck was established in 1955 and specializes in mutual funds as well as gold-based ETFs.

ETFs have been a subject of discussion since the start of 2020, with the SEC at the center of things. A number of investment management companies have been Filing futures ETFs under the impression that their respective applications would be accepted. The SEC had hinted in September that it was open to accepting ETFs based on Ethereum and other cryptocurrencies futures, leading to several companies filing.

SEC Chief Gary Gensler, revealed that products, such as ETFs offering exposures to virtual assets have been around for more than seven decades. Several open-end mutual funds invest in BTC futures contracts that trade on the CME under the 1940 Investment Act. Gensler said that the 1940 Investment Company Act was designed to provide enough security for mutual funds and ETFs.

Currently, the SEC is reviewing several BTC ETF filings and futures products. In August, AdvisorShares filed for BTC Futures ETF with the SEC. The investment management firm with several actively managed ETFs through the company’s Trust applied in late August. The company would no longer hold BTC, but invest all or a substantial amount of its assets in Bitcoin futures contracts.

Gensler has not shied away from supporting BTC futures ETF. In August, he stated that he would be more open to BTC futures ETFs entering into the market than the typical crypto if the conditions are right. Following his comment, several investment firms decided to apply for BTC futures, including VanEck and Galaxy Digital. The SEC head looks forward to his members reviewing applications to offer BTC ETFs, particularly those investing in Bitcoin Futures that trade on the CME. The SEC is still reviewing several other filings, but it’s likely that it will continue until 2022.