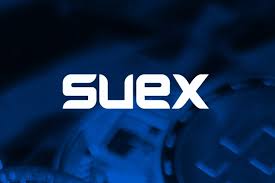 US companies have been major targets of cyber attacks in the last two years. Within 2021, three ransomware attacks have occurred with the perpetrators requesting payment in cryptocurrencies to reverse the exploits. In light of all this, the US Treasury is instigating sanctions against Russia-based crypto trading platform, Suex for being in cahoots with hackers to liquidate crypto ransoms.

Although this is the first time the US Treasury is taking a hard line against a crypto exchange on that basis, it hopes that this will serve as a deterrent to others. The spate of cyber attacks in the US has spurred the latest action of the Treasury Department. According to the Treasury, US firms paid a total of $400 million in 2020 for ransomware, quadruple the amount paid in the previous year. In all of these cyber attacks except one, the attackers demanded Bitcoin payments.

US Treasury Accuses Suex of Profiting from Illicit Transactions

The US Treasury is accusing Suex exchange of facilitating crypto transactions related to these attacks. While the financial regulator stated that the use of cryptocurrencies is somewhat legal, it alleged that bad actors have cornered the technology backing them for illegal use. It also noted that the decentralized nature of cryptocurrencies makes it almost impossible to trace transactions made with them. Suex, according to the Treasury, aided illegal crypto transactions just for its illicit gains.

Based on the department’s investigations, Suex was complicit in liquidating proceeds from at least eight separate ransomware incidents. The US Treasury also added that 40% of Suex’s transaction history revealed its involvement with outlawed activities.

That Suex is Russia-based is not a mere coincidence. Most of the ransomware attacks including the most recent have been attributed to Russian hackers trying to hack the US intelligence system. A Moscow-based group named REvil is reportedly responsible for two of these attacks. The last ransomware exploit affected the systems of over 200 US firms. REvil had demanded $70 million in Bitcoin to reverse the exploit.

Meanwhile, the US Treasury has issued guidelines to firms and businesses on what to do during cyberattacks. It urged them to report ransomware incidents and cooperate with law enforcement agencies. The department likewise cautioned businesses not to deal with sanctioned parties, otherwise, this would attract strict penalties even if they claim to be ignorant.

The US government has reiterated the need to stay informed on cyber attacks to reduce the damage caused by them. An initial attack on US firm FireEye helped another firm named SolarWinds to understand the degree of damages. Given this, US lawmakers have introduced certain laws which would encourage disclosure of these attacks while protecting the victims from legal actions.