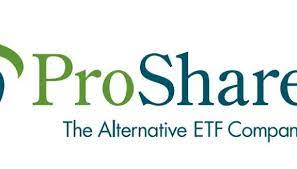 Moving away from Solana, ProShares is going to launch a Bitcoin futures ETF (or exchange-traded fund) on the NYSE tomorrow. As reported by the New York Times, this is going to be a first for investment firms in the United States.

The ETF is going to be providing investment firms as well as private investors exposure to Bitcoin via a brokerage account, i.e., who could not, or would not legally hold the asset otherwise.

Worth mentioning, the SEC is going to announce the authorization officially, although because they have not resisted it before the deadline, the Tuesday inauguration will proceed, according to the report.

The CEO of MicroStrategy mentioned earlier in September, that once they have a Bitcoin ETF in the United States, billions of dollars will become a part of Bitcoin, which otherwise by no means would have been associated with the world’s leading cryptocurrency otherwise.

The CEO of ProShares Michael Sapir stated that according to his opinion, 2021 is going to be remembered for this achievement. Sapir informed the New York Times that he believes conventional investors seek ready access to Bitcoin in a package that has market reliability.

Expecting the news, Bitcoin has retained a near peak high price above 60K USD for the previous four days. The approval of the Bitcoin ETF has been rejected and delayed by the SEC for almost a decade, although it should be mentioned that the ProShares ETF will not be holding Bitcoin directly.

Gary Gensler, the chair of SEC has issued remarks in the past that made it clear how the agency may take action on the numerous ETF proposals now available for review. This indicated that the ETFs based on Bitcoin futures may have the strongest probability of being authorized.

Douglas Yones of NYSE informed a source that while this is an exciting step, it is not the last. The comments urged the filing of numerous Bitcoin Futures ETFs all through August. These include VanEck, Galaxy Digital, and Invesco. The introduction of a ProShares futures-centric ETF, without a doubt, opens doors for spot-based ETFs like the one Grayscale is set to file.

A futures centric ETC might not be what many Bitcoin supporters would support, choosing to self-custody their coins, but at the end of the day, it does not boil down to which investment vehicle is better. This is because, for numerous investors, the approval of a Bitcoin futures ETF is the contrast between gaining exposure to Bitcoin to some extent, versus having none.