Over 2 Million Salvadorans Use Chivo Wallet 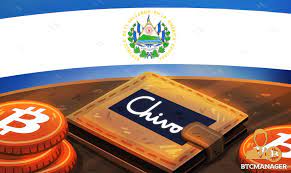 Even though there have been hitches, some citizens have expressed their disappointment at the El Salvador government, El Salvador’s official crypto wallet users continue to soar.

After the North American country adopted bitcoin as an official currency earlier this month, the country’s president Nayib Bukele claims that at least 2m Salvadorans are active wallet users. Bukele’s ultimate goal is to use this move to lure investors into the country and improve its economy.

The goal of the Salvadoran government is for at least 2.5m citizens to adopt using the Chivo wallet. Hence, to achieve this target quickly, the government gave those who downloaded the wallet app $30 BTC worth. Apart from granting them permanent residency, the government also exempted non-citizen BTC investors from paying taxes on their crypto profits.

The authorities claim that it will keep $400m in annual remittance fees because the wallet app allows payments across the border without any charges. A top crypto firm in Latin America provides technical support and other services for the wallet app.

The government has given business owners the freedom to complete payment transactions in BTC and USD through the Chivo wallet app. However, some business owners insist on not accepting BTC, with some even preferring not to make the sale. However, El Salvador now ranks third in countries with the highest number of installed BTC ATMs.

If this happens, the president won’t mind telling the whole world that he was the first to truly actualize the vision of the digital asset ecosystem, which is to bank the unbanked. You’d recall that Bukele had earlier announced that the country would keep increasing its BTC holdings despite the drop in BTC price.

Apart from luring investors into El Salvador’s economy through BTC, one of Bukele’s short-term goals is to enable crypto miners to mine BTC using 100% clean energy.

Despite the seemingly glowing media hype regarding El Salvador’s BTC adoption, not all Salvadorans are happy. One person stated that he couldn’t use BTC to pay for a government-issued certificate.

The first trial was full of technical hitches, and in the first seven days, only one of the BTC ATMs worked, and it completed four transactions successfully despite the long queue at the atm. Some Salvadorans are displeased with the government’s decision. They believe that the possibility of losing money with it is high due to its high volatility.

A few days ago, various media widely reported that a Salvadoran court received litigation from a human rights firm (known as Cristosal) asking the court to investigate the government’s BTC purchase process.

Deutsche Bank Analyst Expects Bitcoin To Be ultra-volatile Even In The Future
PR: BitPay & Verifone Partner to Enable Cryptocurrency Acceptance on Payment Terminals