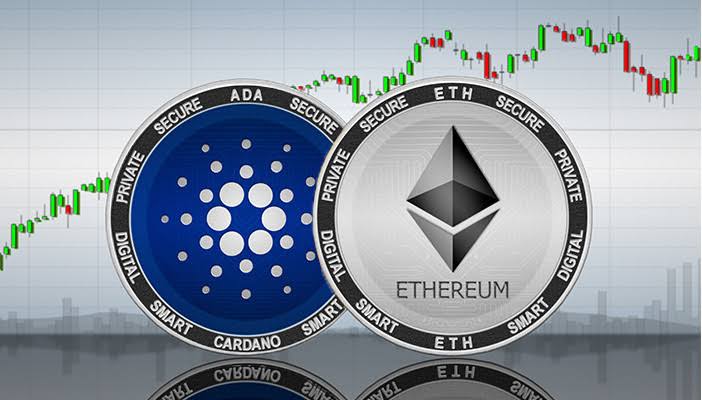 Charles Hoskinson in his recent interview talked about several topics in relation to Cardano and Ethereum. He recently spoke with Bloomberg News speaking on ADA and ETH as well as the cryptocurrency world in general. After developing Ethereum, Charles left to establish his –Cardano and since then these two sides have had several criticisms of the other parties with both sides throwing a fair amount of shade.

In the interview, Charles Hoskinson was questioned on Ethereum’s recent move toward proof-of-state (POS)and in response, he stated that Cardano was the first to bring POS to the market. He also added that POS was just the engine, illustrating that an expensive car needs more than just a strong engine. On the question of whether the evolution would be a “Cardano-killer,” he simply said that he believes in Cardano’s “scalability, interoperability, and sustainability,” above that of Ethereum.

Hoskinson Not Betting on Ethereum

Charles in his interview showed that he was not betting on Ethereum long-term. All questions on Ethereum we’re answered professionally, even supporting it, and concurrently throwing some shades at Ethereum. In answering the question on his current thoughts on Ethereum, He referred Vitalik as a “young guy” stating that he will use his youth and wealth on the things he deems right.

He also admitted that Ethereum had various influential corporations as teammates, the likes of ConsenSys, with influence and money backing them. Despite this, he then spoke about his scepticisms on how long Ethereum would survive. He said that, when there is such momentum, something is bound to happen. Hoskinson continues, mentioning that cases will arise in 2022 in relation to their upgrade and its current velocity will end in 2022 or early 2023.

Updates on the Cardano Front

Charles Hoskinson also spoke on his current work with Cardano and the steps the firm is implementing to lead the market. The core of the interview was Ethiopia’s project and the firm’s efforts to address human rights globally. Concerning the Ethiopia project, He said that now 1million people are onboarded as of now.

According to him, there is anticipation that the IOHK and the Ethiopian government will work together to improve the education system in the nation using smart contracts from Cardano, the students will be provided with digital ID (DID) holding all the information on their performance from grades K-12

The objective of this project is to have 5 million students enrolled and its launch is slated for October 2021. Cardano plans to compete with others for the national ID system encompassing more than 100 million citizens. When asked about how his work deals with human rights around the world he said that in places like China or Saudi Arabia, as a result of histories of institutional violations, it would be better to build identity solutions there.