Bitcoin Taproot Update: One for the Ages, Reveals Kraken 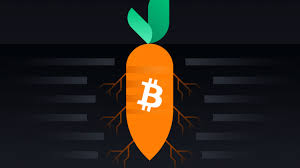 Bitcoin is known as the flagship cryptocurrency, but its blockchain has been faulted for scalability issues. One of the updates aimed at addressing that challenge and others is scheduled for release by November. In light of this, one of the leading crypto platforms, Kraken, recently stated that the Taproot update is one for the ages, indicating its huge significance for Bitcoin.

In a report, Kraken Intelligence, a research subsidiary of the crypto platform broke down why the Taproot update bore such an immense significance. Bitcoin’s proposed updates consist of three proposals- Bitcoin Improvement Proposals (BIP). Highlighting its essence, Kraken’s report asserted that Taproot will rejig various facets of the top crypto asset.

Additionally, Kraken revealed that Taproot will improve properties like scalability, privacy and the divisibility of every Bitcoin including those yet to be mined. Taproot will introduce lower transaction fees, execution of multisig transactions and the creation of smart contracts with properties similar to single transactions. Currently, Bitcoin lacks smart contract functionality which is why developers have turned to other blockchains like Ethereum, Solana.

The report continued by saying that Taproot is the most notable update for Bitcoin, and will no doubt spearhead an increase in the adoption of the flagship digital asset.

Kraken shared some details on how Taproot will enhance users’ privacy upon integration by November. The crypto platform likened two properties- privacy and transaction efficiency- to the two sides of a coin, noting that they would operate hand-in-hand. Taproot update will conceal details of users’ failed transactions, enhancing their privacy on the network and preventing the blockchain from being inundated with irrelevant data.

Update to Set Pace for Others, Says Kraken

Kraken added that the significance of the Taproot update is only understood by a few Bitcoin or crypto enthusiasts. It argued that Taproot will mark a new milestone for Bitcoin once the update is activated. Although Taproot is notable technical-wise, so also it is in terms of implementation such that it will lay the groundwork for other updates in the future.

Upon its implementation, Taproot will join several updates carried out on the Bitcoin blockchain including the layer-two scaling solution Lightning Network. Taproot is scheduled to activate at block height 709,632 on the blockchain. The Bitcoin blockchain is known to be decentralized and secure but lacking in scalability.

Meanwhile, Bitcoin took a plunge at the start of the week dashing expectations of a bull run as the year’s end inches closer. The dominant prediction is that Bitcoin is heading to $100k next. There are less than 4 months for Bitcoin to attain the $100k. A certain analyst with the Twitter handle @filbfilb said Bitcoin will reach the $85k all-time high first before breaking through $100k to the upside. As of press time, Bitcoin is trading at $41k after recovering from a $40k low on Tuesday.

A Statue Dedicated to Satoshi Nakamoto Unveiled in Budapest
JPMorgan Expert Evaluates The Fair Value Of Ether At 1,500 USD Amidst Competition From Ethereum Killers