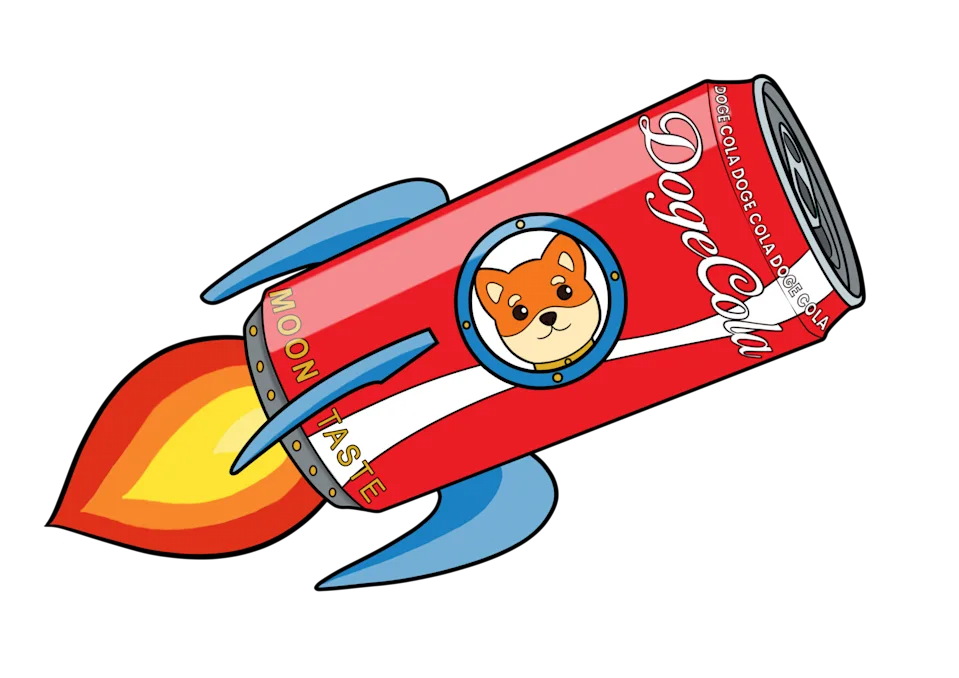 AMSTERDAM, Aug. 27, 2021 /PRNewswire/ — The popular meme cryptocurrency DogeCola has finally launched its non-alcoholic beverage, which has hit the market this month. The innovative approach by DogeCola will boost the crypto market to the next level.

The Crypto Company has moved a step further to make the currently unexplored Cryptocurrency at par with any fiat currency. For buyer’s mental peace, DogeCola already provides respectable guarantees in the form of a KYC compliance certificate, and Audit passed a report for security assessment on 14 July 2021. These formalities have been completed, and documents are available on the official website.

After its initial pre-release, the token has managed to gain 100 times in just two weeks and has started partnering with industry leaders. The token can be purchased from PancakeSwap, ZT Global, and BigONE, the three big names in the Crypto exchange industry. DogeCola has been listed on several cryptocurrency listing platforms like CoinMarketCap, CoinGecko, CoinMooner, nextcoin, CoinMoonHunt, COINSNIPER.NET, coinvote, and COIN ALPHA.

The AutoBoost function keeps the price of the token high by buying back variable amounts every time a sale occurs with the DogeCola token. These tokens are burned. This is a unique feature that is more powerful than just a buyback token. Typically, the AutoBoost varies based on volume to maintain stability. The variation occurs based on the transactions over the past 24 hours, which continues to adjust based on the volume. DogeCola has been designed with security in mind. The initial liquidity provided is locked with DXSALE for a more 2 months contract. The audit and KYC have been done by SolidProof.io, another respected name in the security audit industry.

In addition, the DogeCola community will make a profound contribution, through regular donations, to the fight against plastic pollution, described as ‘a serious issue of global concern which requires an urgent and international response involving all relevant actors at different levels.’ The community will vote and decide to which charities the donations will be made.

The meme token pioneer DogeCola has celebrated its growth in three phases, numbers 1 through 3. In the first phase, websites and social media outlets were launched. CoinGecko and CoinMarketCap were applied for, which are now available to make purchases from. In addition to these, the company also partnered with charities worldwide for charity donations which were affected in phase 2. In addition to charity donations, they applied for various exchange listings. The launch of DogeCola merchandise store was an essential step in this phase which was a huge success. In phase 3, they built the DogeColaSwap and are now listed in the Top 100 on CoinMarketCap and CoinGecko.