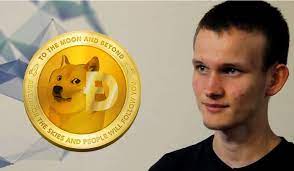 Dogecoin hodlers and investors will without a doubt be very optimistic with the recent developments concerning the coin showing the beginnings of what could be a very bright future for the coin. Dogecoin started as a joke by its creators intended to mock the constant fluctuations of the pioneer coin, Bitcoin. However, over the past year,  it has gained considerable steam with endorsements from big names such as Elon Musk and Mark Cuban. This, combined with the furor associated with the late 2020 bull run has seen it attain an unprecedented 8000% rise making some people overnight millionaires.

With Dogecoins sudden surge and gradual adoption, its creators have come back from inactivity to manage the long-forgotten coin. They have stated in previous interviews that the new traction it has gained in previous months spells positive progress for it. They seem to be intent on riding this new wave to its zenith as latest reports have stated that its long-abandoned board, the Dogecoin Foundation has been re-established with Ethereum Creator, Vitalik Buterin being appointed as crypto advisor.

The board was initially established in 2014 but was abandoned over time. With the new surge, however, it has been re-established and has stated that it intends to fully commit to the betterment of DOGE. According to the foundation’s website, it functions as a non-profit organization intended to support the coin through development and advocacy, provide defence against abuse and mark out a roadmap for its future.

The team’s reinstatement comes with the appointment of previous team members from the dogecoin creators as well as “fresh faces and new seasoned advisors” that will push for the growth of the coin. These fresh faces involve the newly appointed Vitalik as well as other names such as Jared Burchill who will be on the board to represent Elon Musk as an advisor. Dogecoin co-creator Billy Markus also sits on the board and will be in charge of managing the community and memes.

The future looks bright for Dogecoin with the team stating their investment in further development of the former meme coin into an industry contender with a proper use case. The foundation is looking to future development and aims to develop the coin’s ecosystem. In service of this, upcoming projects will aim to develop new Application Programming Interfaces that will serve other projects looking to integrate with Dogecoin.

Along with this slew of new changes, there is also a goal of developing a budget primarily through sponsorship and hiring a small team to maintain consistent work on the coin. With the current state of the general crypto market, this news will surely be welcomed by Dogecoin holders and if the intended developments are carried out, a whole flock of new investors will eventually make their way over to Dogecoin.